–
Allied Holdings is about to buy 12.5% of CityPass for NIS 40 million from investors in Ashtrom Group. 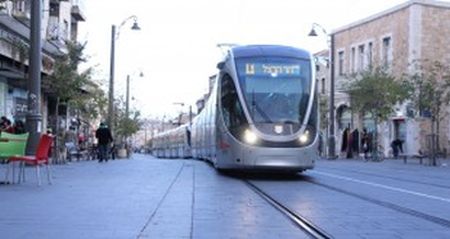 Allied Holdings is about to acquire 12.5% of Jerusalem Light Rail franchisee CityPass for NIS 40 million ($11 million), giving a company value of NIS 300 million ($82.7 million) from private shareholders in Ashtrom Group. Allied Holdings, managed by Prof. and owned by private investors from Israel’s largest investment companies, is a party at interest in Ashtrom Properties Ltd. (TASE:ASPR), with a 2.1% stake.

Ashtrom Group owns 47.5% of CityPass, out of which subsidiary Ashtrom Properties owns 17.5%, and the rest is held by private shareholders. The sale reduces Ashtrom’s Group stake in CityPass to 35%, but it will continue to be the franchisee’s largest shareholder.

The value of the pending deal with Allied Holdings reflects a sharp rise in CityPass’s value compared with previous deals in the company. On January 10, 2011, Ashtrom Properties acquired 2.5% of CityPass from France’s Alstom SA (Euronext: ALO) for NIS 3 million, giving a company value of NIS 120 million. In that deal, Alstom sold its entire 20% stake in CityPass for €5 million. Israel Infrastructure Fund (IIF) acquired the other 17.5% of Alstom’s stake, increasing its holding in CityPass to 27.5%.

Harel Insurance Investments and Financial Services Ltd. (TASE: HARL) is another major shareholder in CityPass, owning 20% directly, and 40% through IIF. CityPass operator Veolia Environnement SA (Euronext: VIE; NYSE: VE) owns the remaining 5%.
The rise in CityPass’s value may be due to the successful operation of the light rail, which began running in August 2011. CityPass has not yet been paid its completion bonus from the state because of a legal dispute and reciprocal claims for compensation, which are in arbitration before Judge (Emeritus) Boaz Okun. Until the arbitration is settled, the franchisee is operating under a temporary settlement with the state, under which the state supplements it with NIS 18.25 million ($5.034 million) a month.