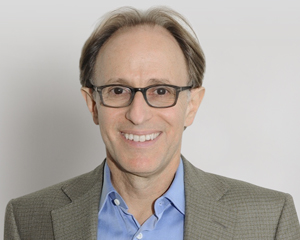 According to the city’s property records, investors affiliated with Ruben Companies, a New York based real estate development company, recently paid US$210 million for the ground lease under an office building they control at 600 Madison Avenue in mid-town Manhattan.

The Ruben Companies have held a long term lease on the land at this address since the early nineteen seventies. There is a 26 floor, 328, 000 square foot, Class A office tower built on the property. The building which was first constructed in the mid-sixties is impeccably maintained and located at the southwest corner of East 58th Street, across the road from the GM Building, and very close to the Four Seasons Hotel. It really couldn’t be better located in fact.

600 Madison has a number of important office tenants, and the ground floor retail level includes upscale tenants such as Mont Blanc and Ugg Australia. Already since the Ruben Companies acquired the ground lease, home builder Lennar Corporation is now reported to have signed up to take the whole 12th floor of the building for one of its units, Rialto Capital Management.

Ruben Companies, which has been in business for over fifty years, was founded by its Chairman Lawrence Ruben and today his son Richard is the Chief Executive Officer of the company. With over 5 million square feet of space in New York, Washington and Boston Ruben Companies is a significant presence in the real estate spectrum of the cities in which it operates.

The owner of the ground lease was the Wallace estate, whose trustees are the sons of late real estate investor Dolorita Fitzgerald Wallace. Dolorita Wallace was the wife of a physician who dabbled in real estate, and who herself directly assembled two major parcels of land in the area, 600 Madison itself and 135 East 57th Street, in both cases knocking down small town houses in order to eventually put up commercial buildings. In the late nineteen fifties this was pioneering stuff for the neighbourhood, and for example was followed by Sheldon Solow only many years later when he built his startling new building at 9 West 57th St which was completed not until 1974. 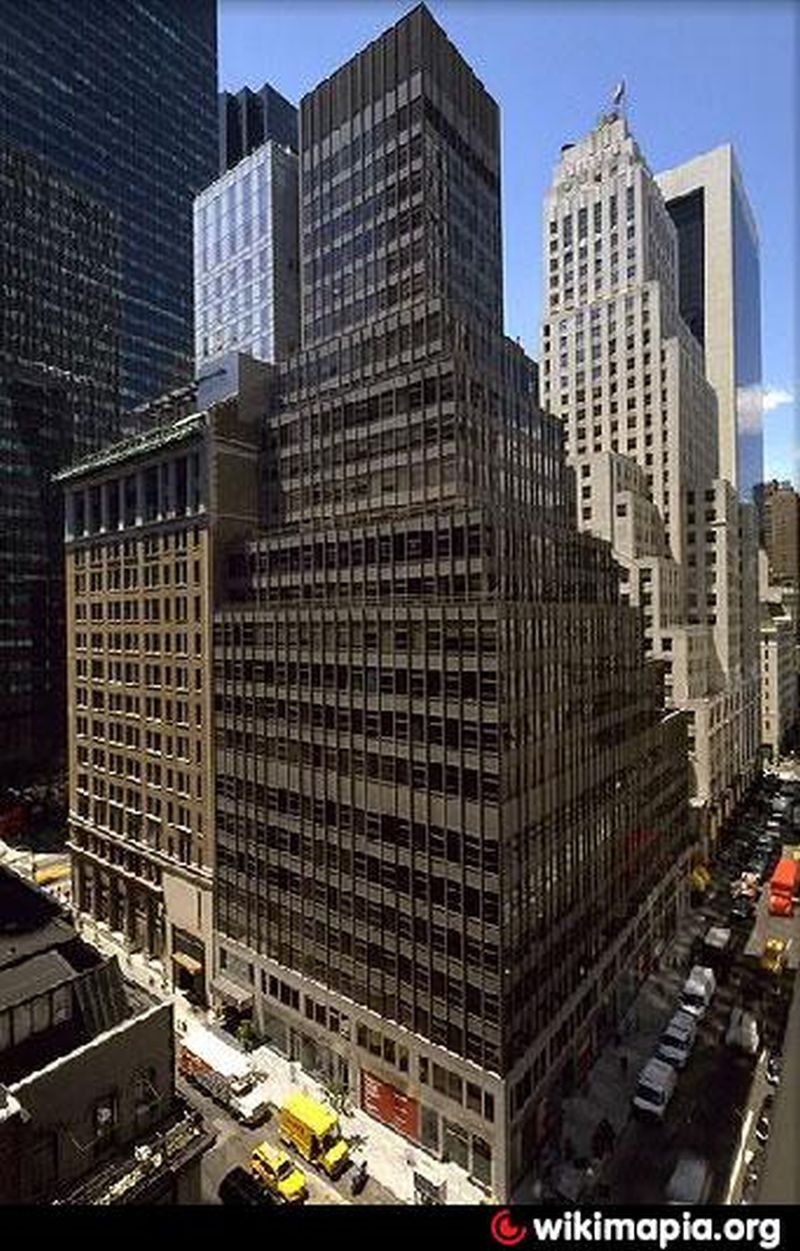 The builder of the office property at 600 Madison was a gentleman named Thomas Frouge who signed a 99 year lease with the Wallace’s (actually a 33 year lease with two 33 year extension options) that provided for escalations in rent along the way. The first extension expires in 2026 and the whole ground lease runs out in 2059, when the land and the property on it would otherwise revert back to the owners. The updated rent calculation for such renewals, the parties had originally agreed in the lease documents, would be based on 6 percent of the unimproved land value, an amount typical for this kind of lease, and industry appraisers frequently become involved to determine these at the appropriate moments.

The Ruben Companies first took-over the long term lease on the building from Mr. Frouge in the mid nineteen seventies. It turns out, however, that the lease itself has a very unusual twist to it, which provides some of the explanation both as to why they are buying it out now, and also explains why they have used certain very particular language to describe the purchase. We know this because, along the way, there were disagreements about the lease which went to litigation in 1995, and which Ruben lost when the New York Appeals Court sided with the owners.

When parties to any kind of lease come to renewal time, and especially a ground lease where the stakes can be especially high if there is a valuable building sitting on top of it, usually one side or the other drags their feet. If property values are low then usually the tenant rushes to push for a quick deal to get a lower deemed rental value before they go up again; if they are high the owner will do so instead. This is basic human nature, but it sometimes means renewals do not always follow a smooth administrative path to completion.

As Dolorita Wallace’s son, and one of the trustees for his mother’s estate, William Wallace described in the litigation that there was certainly a complex set of discussions at the last renewal time in the early nineteen nineties, and I quote directly from a report of the 1995 litigation which is still available:

The lease documents were originally drafted by his uncle, Edward Wallace, an attorney in the 1960’s at Weil Gotshal Manges.

If there was no determined rent for the renewal period, the lease calls for the tenant to pay the net annual rental in effect immediately prior to the renewal term.

Either party could call for an appraisal to set the rent for the renewal term, but, and here the language was key: not “earlier than twelve (12) months prior to the expiration of any such renewal term.”

The parties were supposed to agree on the rents, explained Wallace, who said the appraisal was placed at the end of the lease term originally to act as a stimulus for the tenant to come to an agreement. “The concept was that because there was a balloon at the end, it was a strong incentive to agree on staged rentals.”

The third quoted paragraph here above of course created a slowly ticking time bomb for it meant that, for example, when the appraisal was called for, by either side, the 1993 lease renewal increase in rent would not become fully determined until 33 years later – i.e. based on land values in 2026. And this portion of additional rent would have to be accrued throughout the whole period possibly adding up to a huge, but unknown and indeed even unknowable, to paraphrase Donald Rumsfeld from another context, sum at the end. Such payments are known for good reason as “balloon” payments. Then the same thing could presumably happen all over again with the next, and final, 33-year term of the lease. 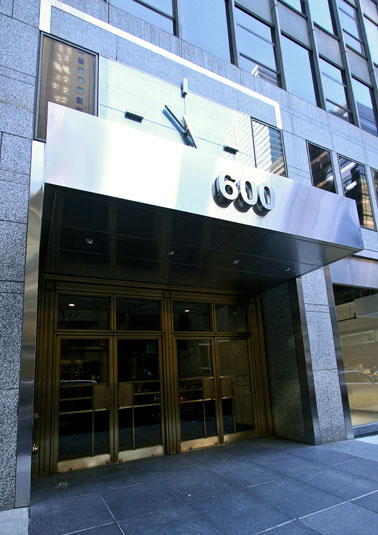 Well, the five Judge panel of the Appeals Court agreed completely with the Wallace estate at the time in 1995 and Ruben has since had to face this kind of escalating liability, something akin to the steady drip of Chinese water torture, giving them a strong incentive to simply buy out the ground lease at some point and thus become full owners of the property.

Here’s The Solution To The Mystery

Which is what has happened now with this transaction, Ruben has now bought the lease. The reported price paid by Ruben is US$210 million, enough to cover both the estimated regular value of the remaining term of the ground-lease to the year 2059, plus an agreed upon number for the estimated value of the escalated to date, but still so far un-paid, portion of the, not yet finally determined, escalation amount (sic!). Now instead of being tenants under a lease with the Wallace estate, which is what they had before, Ruben have therefore put up US$57.4 million in cash and been granted a regular mortgage from the Wallace estate for the balance of US$152.6 million in order to become the owners, according to the property filings.

The particular importance to Ruben is that there is now at least certainty and, depending on the Wallace estate’s own current need for, or indifference to, cash he may have got a good economic deal too. Though in a way no one can really know that for sure for another 13 years until 2026, or even later still until 2059 itself……

But all of the above complications now explain in full Richard Rubens’s otherwise completely cryptic comment that he made to New York real estate magazine The Real Deal about the transaction, which included the following revealing snippet stating that the deal “included the ground fee and claims for back rent.”

A normal reader might simply guess they had been lazy about paying their rent every month, as did this writer too until he began to dig into it a little. In fact though, this actually specifically refers to the accrued, but still undetermined, portion to-date relating to the rent escalation clause which the court had said, all those years ago in 1995, they would have to pay thirty years later! 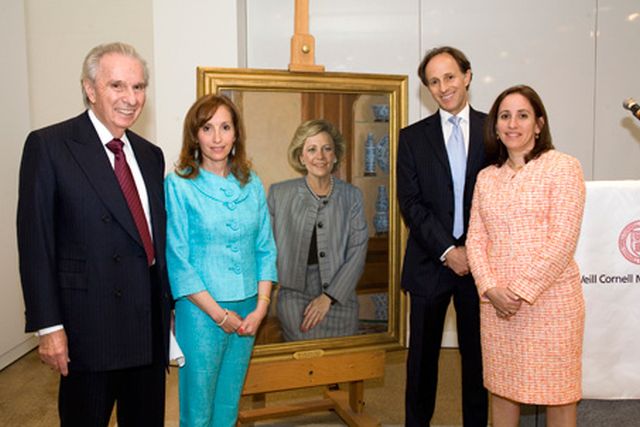 (L-R) Larry Ruben and his children, Lenore Ruben, Richard Ruben and Rochelle Kivell , stand near a portrait of his late wife,

Selma Ruben, at the dedication of the Selma Ruben Conference Center

At the time of the litigation back in 1995 Richard C. Seltzer, the lawyer who represented the Wallace estate, had this to say…

“we are giving lessons to all our real estate associates about the problems that occur when you don’t write what you intended to” … he said … “and we are warning them to read all documents without blinders on so they can determine what the documents actually say, and not what they think they should say. ”

That is good advice for all deal makers everywhere still today, in any industry but especially in real estate.

Here’s What To Look Out For

Ground leases are in some ways a schizophrenic form of legal contract. In bad times they can be a useful form of financing for developers, reducing the total moneys they need to finance construction of a building and therefore reducing, as well, the interest they have to pay and its impact on their cash flow. They can then become a nuisance in good times though when the developer may be rolling in cash, at which point they are sometimes bought back. They can also become quite toxic, sometimes accidentally due to any unusual clauses, or especially when they start to approach their expiry dates at which point the underlying landowner can start to dream wistfully of a windfall by picking up ownership of the building that sits on his land.

This latter case has been a favourite strategy for very long term minded families and institutions, such as the Grosvenor Estates which act for the family of the Duke of Westminster. They own hundreds of acres of the best lands in central London, and they put out the properties that sit on them on long-term leases. Every two or three generations these revert back to them, and then they lease them out again – likely at much higher prices – for the benefit of future generations of the family. North American real estate holders are not nearly so long-term minded.