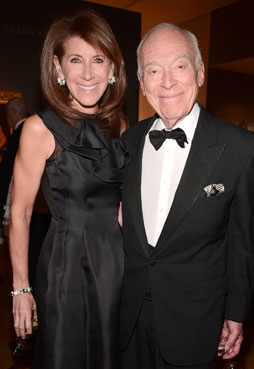 Leonard Lauder and his fiancée Linda Johnson just called off their wedding, planned for last weekend, but then flew off to Sardinia to spend their honeymoon together anyway. No reasons were given for the cancellation.

He is an eternally young, 80 years old, billionaire and Chairman Emeritus of the Estée Lauder cosmetics empire. She is a very beautiful woman, though today shall we say, nevertheless at 55, of a certain age, well-preserved, very smart and is Chief Executive Officer of the Brooklyn Public Library. The Brooklyn Public Library is one of New York’s most important public institutions and has over five million books in its collections.

When young people get married they usually do it without thinking about it too much, and then try and figure out the details afterwards. If they get it right they can spend a lifetime together and, if they are blessed, raise a happy family along the way.

When old people get married they tend to think about it a good deal first, and about the disruptions it may make to their previously established routines. When rich old people get married, and especially very rich old people, the first thing they do before even thinking about things at all is reach for their lawyers to arrange a pre-nup. No, a pre-nup isn’t a kind of party where you get lots of presents like a wedding shower. A pre-nuptial agreement is a legal undertaking between the two new matrimonial partners that makes sure they don’t try to steal each other’s wealth. Or, sometimes, to make sure they don’t steal their children’s inheritances, who are often sitting around waiting to inherit sometimes fabulous fortunes. 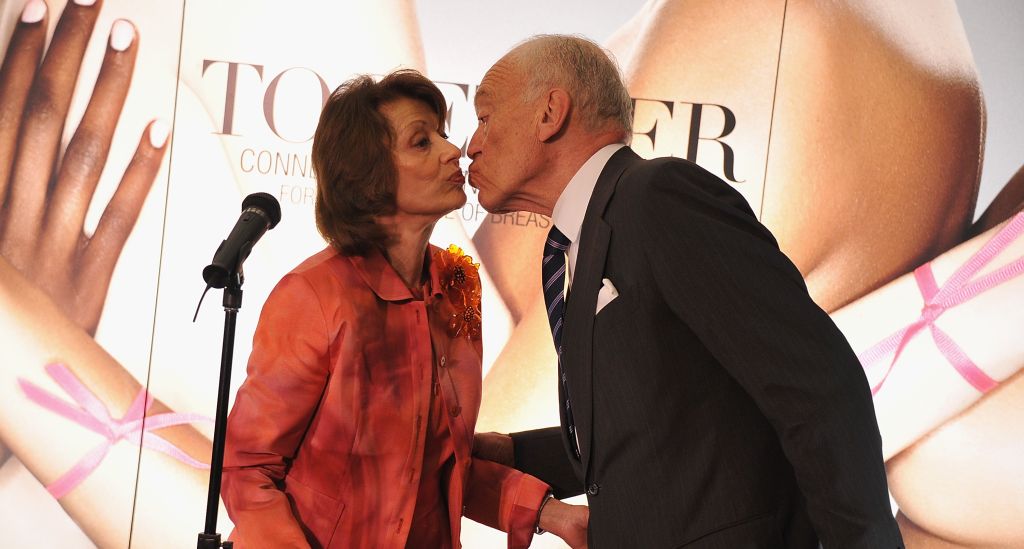 In this case we are told the pre-nup was put together some time ago already, and the happy couple just got cold feet. Leonard’s wife Evelyn died only in 2011 of ovarian cancer and they had been very happily married together for over 50 years, so it is quite understandable. When you look at photographs of Evelyn it is clear that she was an exceptionally beautiful and elegant lady, who radiated the same inner beauty and strength as well as intelligence and great character. Photographs do tell you a lot about people.

So Leonard and Evelyn must have had a wonderful marriage together. When you look at photographs of Linda Johnson, frankly you see as well there the same kind of beauty, kindness and integrity bursting out of her pictures all over the place. It is very unusual to find great happiness the second time around, especially after having been blessed with it once. For super-rich people, unfortunately it is even more unusual as well, as their money gives them no immunity from bad judgement and, quite the contrary, often makes them value all the wrong things in people in the first place.

In this case though I would say, simply as a man, that Leonard should hurry up and make an honest woman of Linda Johnson just about as fast as he can. In choosing her Leonard has shown excellent judgement, and in this case probably by falling in love again without even thinking about it first.