–
Siemens is in advanced talks to sell its solar panel factory in Israel to Spain’s Abengoa. 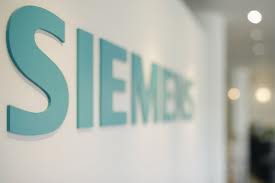 Siemens AG (NYSE: SI; DAX: SIE) is in advanced talks to sell its solar panel factory in Beit Shemesh, Israel, to Spain’s Abengoa SA (IBEX: ABG), 18 months after Siemens announced that it was getting out of the solar energy business. “There is a good chance that the deal will go through in view of the progress in the talks between Siemens and Abengoa, ” a top source involved in the talks told “Globes” today.

Two months ago, it seemed that Siemens’ efforts to find a buyer for the plant had failed, and 150 of its 200 employees were fired, after Abengoa called off talks because of uncertainty about the solar energy market. The plant’s remaining employees mainly provide technical support services for ventures in Spain.
Siemens acquired Solel Solar Systems for €418 million from its founder, Avi Brenmiller and other investors, in 2009. Siemens had great plans for the company, predicting that the deal would give it a foothold in the solar energy market. But Siemens’ was disappointed by the condition of the global solar energy market, partly because of a plunge in prices for solar panels for photovoltaic systems. 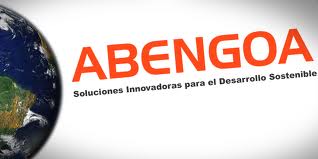 Immediately after Siemens’ announcement, Brenmiller, who had founded a new thermosolar company, Brenmiller Energy Ltd., said that he would buy back Solel Solar, and he hired 20 of its R&D staff for his venture. He said that he has invested NIS 50 million in the venture.

Brenmiller told “Globes” today that his attempt to acquire Solel Solar’s production unit at Jerusalem’s Har Hotzvim had failed, when Siemens showed no interest in negotiations with him. He said that this production unit included machinery for manufacturing energy storage systems. “I was told by Siemens that the Jerusalem plant was not up for sale, and that it was going to be liquidated, ” he says. “I am very interested in acquiring it, and I would hire scores of new employees as part of a deal. This unit meets my needs and makes it unnecessary to manufacture in the Far East.”

Sources familiar with the matter say that Brenmiller never made an offer for the unit, and in any case Siemens wants to sell all of Solel Solar’s assets in a single deal, if and when the talks with Abengoa are concluded.

“I have no intention of foregoing manufacturing, whether by acquiring the Jerusalem plant, or not, ” Brenmiller told “Globes”. “Under our plans, by the end of the year, we will demonstrate our technology for the storage of thermosolar energy.”
Published by www.globes-online.com