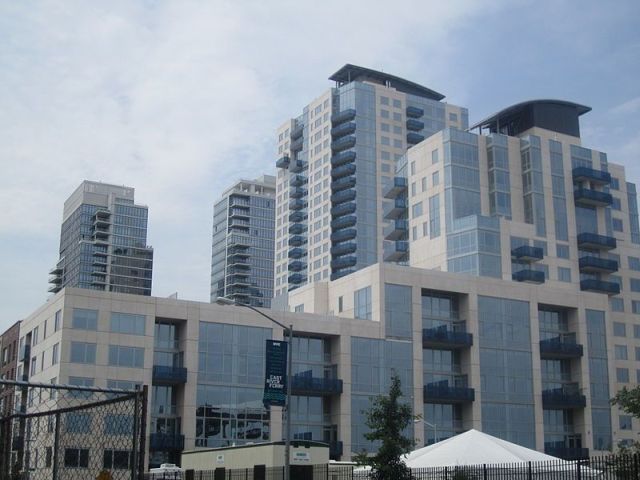 In March 2012, something happened in the Big Apple: Sarah Jessica Parker and her husband, Matthew Broderick, decided to leave the West Village in Manhattan, and they bought a house in Brooklyn Heights. Parker, as the character Carrie Bradshaw, was a symbol of the eternal love of the Manhattan neighborhood. In an episode of the television series, in which Miranda told her three girlfriends that she and her family were moving to Brooklyn, her friends officially declared mourning that the Brooklyn Bridge and a few subway stops now separated them from their red-haired friend.

Nonetheless, prices in some Brooklyn neighborhoods, especially those close to Manhattan, have narrowed the gap to apartment prices in Manhattan, and even exceeded them in some cases. For example, Brooklyn Heights, which has a view of the Statue of Liberty and is just one subway stop from Wall Street, is the most expensive neighborhood in Brooklyn, and it has absorbed former Manhattanites like Parker and Broderick. Neighborhoods such as Williamsburg and Crown Heights, for which there was once no demand at all, have become fashionable and attracted young people and modern businesses. Bedford Avenue in Williamsburg, which more or less resembles Sheinkin Street in Tel Aviv in its better days, draws large numbers of artists and there is strong demand for office and residential space. 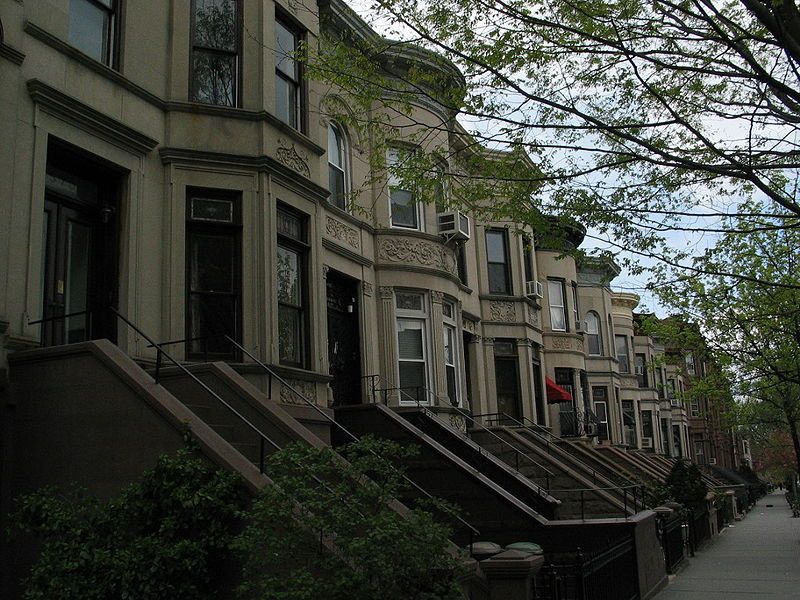 According to “Bloomberg”, the median price of a 1-3 room apartment in Brooklyn was $550, 000 in the second quarter of 2013, 15% higher than in the corresponding quarter in 2012. Manhattan covers 60 square kilometers, while Brooklyn covers 250 square kilometers and has 2.5 million residents. In 2003, Brooklyn released millions of square meters of industrial space for residences in Williamsburg and Green Point, both of which are across the East River from Manhattan. This resulted in a construction boom, which the sub-prime crisis turned into abandoned building sites by 2010. Construction is only now resuming at some of borough’s abandoned sites, indication of a slow recovery.

The mass of construction in Brooklyn is now concentrated in rental residential projects, because they are lower risk than building residential apartments for sale.
TerraCRG founder Ofer Cohen, who specializes in commercial properties in Brooklyn says, “2011 was the first year of recovery, with a doubling of activity from 2010 to 2011. For us, this was an opportunity in a market that was starting from zero. Brooklyn is today a much hotter place to invest in than Manhattan. People believe that Brooklyn has not yet maximized prices like in Manhattan, and there is room for a further rise in prices. In 2003-08, industrial land in downtown Brooklyn was rezoned for residential use and increased building rights from three to 32 floors. This created the potential for millions of square meters of residential space, so there are landowners with an interest to sell properties to developers.

“Israeli insurance companies seeking high yields from rental projects are going around Brooklyn looking for deals. Since there is no inventory of new apartments for sale, there is still demand to buy them. In contrast, banks are still afraid of financing projects of hundreds of apartments for sale. Developers see the opportunity, but the bank looks at the risk.” 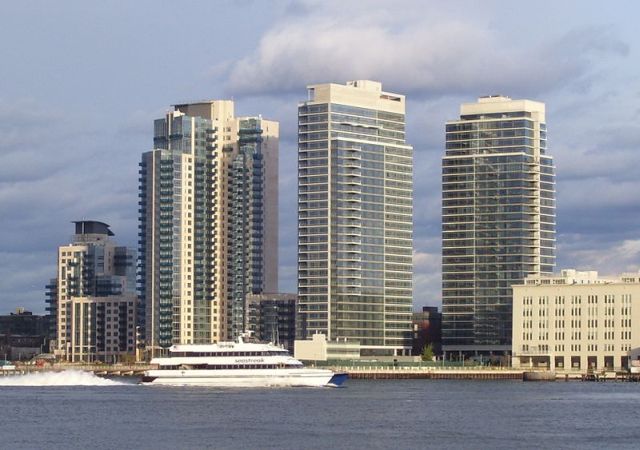 New Buildings in the Edge in Williamsburg

–
Artists and gays were the first

Brooklyn Borough President Marty Markowitz told “Globes”, “Over the years, it has become increasingly difficult to live on an average salary without parents who can provide the equity to buy a home. There are neighborhoods in Brooklyn where it is easier to buy an apartment, but they are not the buyers’ first choice. Nevertheless, we’ve already seen that the higher demand neighborhoods were once very unattractive, and the pioneers who identified them were artists, gays, and lesbians. They were followed by families to these apartments.”

Markowitz adds that the difference in apartment prices in high-demand Brooklyn neighborhoods has narrowed compared with Manhattan, and that the quality of life in Brooklyn is better. “Our neighborhoods are full of families with children, because the conditions here are better for families. In Manhattan, you don’t see the sky, but you see it in Brooklyn, and this should not be taken for granted. Even Manhattan’s nightlife can now be found in Williamsburg, which attracts young people. It reminds me of the 1960s, when I would go to Greenwich Village in Manhattan.”

A company that actually builds residential projects for sale in Brooklyn is UpReal Private Investments Ltd., which was founded in 2008 by David Goldberger, Rony Laor, and Eyal Yagev. The company, which initially invested in Phoenix and Indianapolis, decided to focus on New York in 2010, and in the past few years, it has invested in Brooklyn real estate by recruiting private investors. Upreal’s local partner is Brookland Captial , owned by Boaz Gilad and Assaf Fitoussi. The company finds lots or buildings, buys them, and builds projects with 20-40 apartments on the site. All the apartments are for sale, and investors receive a return on their investment within a predetermined period of 18-24 months. Investment in Upreal starts at $100, 000, and is usually $200, 000-300, 000.

One of Upreal’s biggest investments in the past year has been the purchase of Brooklyn churches, which it converts into residences. With the entry of young secular families to residential neighborhoods, local churches have slowly lost their parishioners. Most of the churches were financially supported by adjacent schools, and the change in the character of the residents has resulted in the closing of some of these schools, and the financial wherewithal to maintain the churches waned.
Supervising churches

Unlike in Israel, churches in Brooklyn are built on private land, which the landowners can sell, subject to approval of the sale by the district attorney who oversees that the deal is legal and verifies that the pastor is not selling the land to associates.

Also unlike in Israel, the land is not zoned for a religious institution, but the urban plan for the street applies, which means that churches in residential neighborhoods can be converted into residential projects. “The purchase of churches to convert them into residences is a new business, which allows us to acquire churches at low prices and convert them into residences on the basis of the neighborhood mix, ” says Gilad. “Local brokers know to tell us exactly what the area needs, whether large apartments for families, or small apartments for young people. On the basis of the demand, we build the project.”

One of the churches recently bought up UpReal is at the corner of 2nd Street and Sixth Avenue in Park Slope. “We saw the potential of this property, because it is sought-after neighborhood, prestigious but not ostentatious, and with no available lots at all. The property is located two streets from Prospect Park, which is two-thirds the size of Central Park.”

Gilad says that UpReal bought the lot for $6.2 million, paying 10% from equity, and the rest coming from private investors. The company will not demolish the impressive church, but will convert it into 13 large apartments of 200-300 square meters each. “Homebuyers here are families that work on Wall Street. They’re paying here $12, 000 per square meter, the same as for an apartment in Manhattan.”

“Due to the sub-prime crisis, Americans don’t want to buy a home on paper. They want to touch the walls. That is why we’re selling apartments only when 80% of the building is built. Buyers obtain mortgages for up to 97% of the price. In contrast to Israeli banks, the percentage of financing has not changed, but the tests of the borrowers’ ability to pay have become much stricter. In the US, they say that, before 2008, it was enough to have a beating heart to get a 110% mortgage. Today, borrowers are meticulously examined before they are given financing. 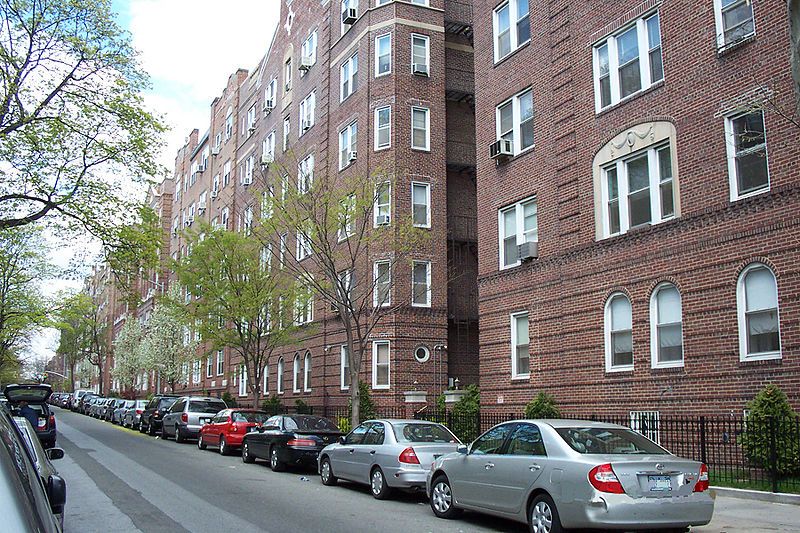 –
The Brooklyn mall will be a huge success

Goldberger is aware of the problematic image of real estate-based financial investments, especially in a place like New York, partly because past actions of some companies ended up in court. He says that investors in UpReal can go on to New York City Hall’s website to review the status of plan. Every one of UpReal’s construction sites in Brooklyn has a sign showing the plans for the project.

“We’re talking about financial investment, and real estate is the tool for achieving the return desired by investors, just as they would choose to invest their money in bonds, ” says Goldberger. “The investor no longer receives direct ownership of the asset, and he does not have to worry whether he has a tenant or not to guarantee his return on investment. The investor shares in the profit at a predetermined exit date.” He says that the investments are suited for investors with diversified portfolios of NIS 1 million or more, but definitely not for people whom this is their only source of disposable income.

David Holmes, a Brooklyn native and adviser for private equity funds in New York, says, “Investor psychology about Brooklyn is also changing. It was always thought that people from Brooklyn had no money, and that the Spring Mall built in southern Brooklyn eight years ago would not survive. The fact is that it’s a huge success, because Brooklyn has 2.5 million residents who had no mall, and has also resulted in the opening of malls in Queens and the Bronx. Just six months ago, an H&M store was opened in Brooklyn. Although Brooklyn will always be Manhattan’s kid brother, there is change. Big players like Wall Street investors who never looked at Brooklyn are now looking at it. Banks are also prepared to do business in Brooklyn.

Aptsandlofts real estate agency owner David Maundrell says, “When I was a boy, I remember that Williamburg was considered dangerous because it had an industrial area that was full of foreigners. In 1992, I suddenly saw blondes coming to the neighborhood, artists began occupying the lofts, but everything froze in 2007, and even people who wanted to obtain financing to buy couldn’t. Brooklyn brokers could only make a living from leases. Today, the situation has reversed, and there are more options for buying in Brooklyn than in Manhattan. Due to the difference in prices between Brooklyn and Manhattan, people prefer to live in Brooklyn and take the train to work in Manhattan. While a two-room apartment on the Upper West Side costs between $900, 000 a $1 million, a similar apartment in north Brooklyn will cost $700, 000.”
In June, UpReal bought a church on Eastern Parkway in Crown Heights, very near the house of the Lubavitcher Rebbe. The shuttered church and its adjacent school were bought for $3 million, and will be converted into 42 two and three-room apartments. UpReal estimates that because all the properties were bought cheaply, the investors have already made a return on their investment, which is around 20% a year.

UpReal has also spotted demand for small apartments in the formerly undesirable Bushwick neighborhood. It recently bought an Anglican church at 1250 Bushwick Avenue for $2.2 million, after it decided to close down along with its adjacent school. “We’ll build 23 small 45-65-square meter apartments, which will be sold for $300, 000-420, 000 each, compared with $500, 000 for an apartment in Williamsburg, ” says Gilad. “Only young people buy here.”
The correspondent was a guest of UpReal.