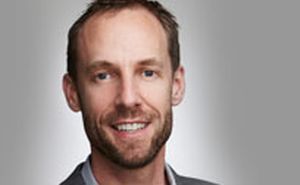 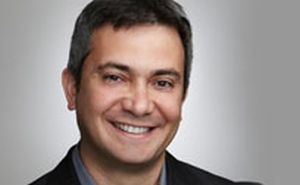 AOL Inc. (AOL) announced today that it has entered into an agreement for one of its wholly owned subsidiaries to acquire by way of merger 100% of Adap.tv, Inc., (Adap.tv) a leading global, programmatic video advertising platform for the world’s major brands, advertising agencies, and media publishers for a total price of approximately US$405 million.

According to the company’s press release announcing the transaction the combination of AOL’s “On” curated video library and Adap.tv will create a powerful cross-screen solution for brands, advertising agencies and publishers across all kinds of video screen, whether television, computer or mobile.

In its view Adap.tv brings to AOL the following advantages:

• A unified yield management platform for advertisers and publishers for planning, targeting, adserving and measurement;
• One of the fastest growing platforms on the internet, having grown global revenue over 100% per year in each of the last three years;
• Wide adoption by the largest global advertisers and publishers, including 83 of the Ad Age 100 and 70 of the comScore 100; and
• A talented team which has driven innovation in the automation of global video advertising.
The announcement also claims that the combination of AOL’s “On” video network and Adap.tv will give AOL a unique end-to-end solution for publishers and advertisers – from premium original production, to content aggregation and syndication platforms, robust video content management system (CMS) technology, and now a leading programmatic video platform.

According to AOL the strength of Adap.tv’s comprehensive platform and team has enabled its rapid expansion, resulting in a large and growing customer base of publishers and advertisers. In 2012, Adap.tv supported more than 26, 000 global ad campaigns, which ran on approximately 9, 500 websites and was used by many top brand advertisers.

For its part AOL claims to be already a leader in online video with its On network and claims the combination of AOL and Adap.tv can together help create the leading video platform in the industry, according to Tim Armstrong, Chairman and Chief Executive Officer of AOL. He continues: “The Adap.tv founders and team are on a mission to make advertising as easy as e-commerce and the two companies together will aggressively pursue that vision.”

“Two trends are prevalent in the video space right now – the movement from linear television to online video and the shift from manual transactions to programmatic media buying. Adap.tv is positioned squarely in front of the huge opportunity these trends are presenting, ” said Armstrong.

Amir Ashkenazi, CEO, Adap.tv. said “At Adap.tv, we are focused on building the most important business within the most important category in digital advertising, ”
“We believe that most TV advertising will soon be traded programmatically on platforms like ours. The combination of AOL and Adap.tv accelerates our vision of efficient and effective TV and video advertising.”

Adap.tv will continue to operate completely independently as part of AOL’s video organization, which is led by Ran Harnevo, SVP, Video, and be included as part of the overall solution offered by AOL Networks to its publishing and advertising customers.

The closing of the deal is subject to the usual closing conditions, including expiration of the applicable waiting period under the Hart-Scott-Rodino Antitrust Improvements Act of 1976. The boards of directors of both companies have approved the transaction, and the stockholders of Adap.tv have approved the transaction. AOL expects to close the acquisition in the third quarter of 2013.

There is no doubt that as in other marketplaces, like the spot buying of electricity for example, programmatic trading can create a sharper market place. The idea is to have what is called “Video RTB”, marketing-speak jargon for bidding in real time for advertising slots on television and other forms of video delivery.

By automating the process Adap.tv and its peers in the industry hope to provide an electronic trading service much like an energy trading desk or a stock exchange. Whether they actually add-value in the process compared to the old-fashioned rate card methodologies remains to be seen, as also whether in the process advertisers benefit more than the networks who are are paid by them. However so much buzz has now been created around the process and its potential to at least cut transaction costs (agency fees anyone?) that it is important now to see now how it all plays out.

As a time limited form of auction the process resembles more an exchange for selling plane tickets, where the unsold value of inventory declines to zero the moment the plane takes off, than a number of other forms of auction. This could have some perverse effects on media buying strategies.
About AOL

AOL calls itself, perhaps hopefully, a “brand” company – one committed to continuously innovating, growing, and investing in brands and experiences that inform, entertain, and connect the world. In its words, AOL aims to create original content that engages audiences on a local and global scale. It intends to get paid by helping marketers connect with these audiences through effective and engaging digital advertising solutions.

Today AOL also reported its second-quarter to June 30th 2013 earnings, with net income attributable to shareholders of US$28.5 million, or US$0.35 a share, a big drop from last year’s US$970.8 million, or US$10.17 a share. However last year, AOL’s second-quarter operating income, net income and per-share earnings had been positively impacted by $1.04 billion, $970 million and $10.16, respectively, resulting from a non-recurring, one time patent transaction with Microsoft in 2012. Excluding this item, operating income, net income and EPS both grew substantially year over year. AOL reported total revenues in the 2013 second quarter of US$541.3 million, versus US$531.1 million a year earlier.
About Adap.tv

Adap.tv is a prominent video advertising platform for the world’s largest brands, agencies, publishers and ad networks. A unified, programmatic platform provides buyers and sellers with automated tools to plan, buy and measure across linear TV and online video, Adap.tv hopes to fundamentally alter the way video advertising is bought and sold.