Wolin, the longest-serving deputy secretary in the history of the US Treasury will be leaving his post at the end of August, after more than four years. 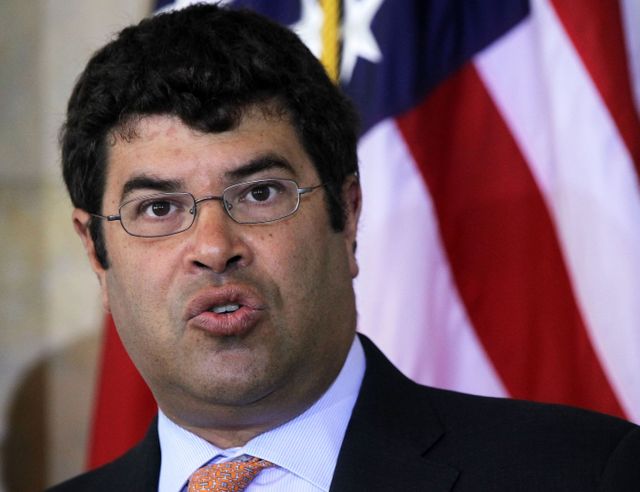 For a few more than a year ,   Neal Wolin has been wearing two hats, holding the  post of Acting United States Secretary of the Treasury, from January 11, 2013 to February 27, 2013 when  Secretary Lew was confirmed as Treasury Secretary.   The post became vacant when previous secretary Timothy Geithner joined the Council on Foreign Relations as a distinguished fellow..

Wolin took up the post of as  Treasury Secretary  during May 2009.

During his tenure Wolin also showed his versatility and work ethic by also taking on the tasks of deputy assistant to President Barack Obama as well as being his deputy council on matters of economic policy.

On news of Wolin’s resignation, President Obama was the first to praise his efforts stating that for more than four years, Neal had played a key role on his economic team. “His deep knowledge and excellent judgment helped us prevent a second Great Depression, pass tough new Wall Street reform, strengthen our financial system, foster growth here at home and promote economic development around the world.” The President continued.

Also effusive of in his praise of Neil Wolin was incoming Treasury Secretary Jack Lew who extended his personal thanks for his extraordinary service to the Treasury Department and our country, ” “He has been a remarkable leader who has taken on some of the most difficult economic and foreign policy challenges we have faced as a nation. Neal’s wise counsel has been indispensable to me, and because of his tremendous insight and analysis, we are in a far stronger position today to continue the critical work ahead.” Lew summed up.

Previous to his current position, Neil Wolin also acted as deputy general counsel to the US Treasury from 1995 to 1999, moving up the ladder to become general counsel during the years 1999 to 2001. During the Nineties, Wolin also spent some time on the staff of the United States National Security Council.

In the years of the Bush Administration, Wolin left the White House to move into the private sector, being appointed president and COO for the Hartford Financial Services Group, a property and casualty operations management company.

After leaving law school, Wolin initially served as a law clerk to U.S. District Judge Eugene Nickerson in Brooklyn, New York, later going on to teach as an adjunct professor of law at Brooklyn Law School. Before eventually moving into the public service, Wolin practiced his profession at the Washington, D.C. law firm of Wilmer, Cutler & Pickering.