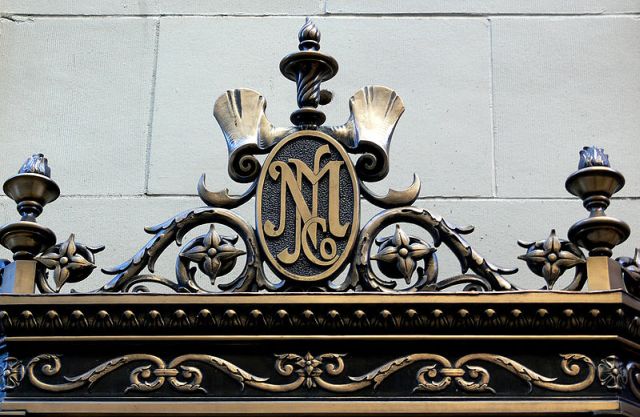 Heiress Patricia Walker, resident of Dallas’s tony Highland Park neighbourhood, commenced suit in September 2010 against American super store chain for the very rich, Neiman Marcus, seeking to return US$1.4 million of merchandise, including designer clothes, luxury handbags, shoes, jewelry and other merchandise which had been purchased over a several year period on her charge-account with the firm.

Some of the details of the story are bizarre, and while they seem to come straight out of the television show Dallas, are instead quite true and today the Dallas Morning News reports that the parties have now reached an undisclosed settlement of the case.

Grounds for the suit were that Patricia Walker’s now-ex husband was alleged to have been having an affair with a high powered sales representative at Neiman’s while they were still married, and that he had been inflating the couple’s purchases from the store while this was going on mainly for the benefit of his mistress, who allegedly profited handsomely from the extra commissions.

Patricia Walker alleged that her then-husband Robert Tennison was abusing a joint Neiman Marcus charge-account she had provided to him during their marriage. Apparently he was buying much of the merchandise entered into dispute in the case while she was convalescing from a serious car crash that had left her bed-ridden for many months, and while he was simultaneously having an affair with longtime Neiman Marcus NorthPark Center store sales associate, Ms. Favi Lo.

Perhaps one curious feature in this case does reveal a good deal about people’s taste in whom they befriend, as looking at it from afar both of the ladies in question, the now ex-wife and the, apparently still current, mistress have similar jet black hair and not at all dissimilar facial features – at least when glanced at superficially. Today Ms. Favi Lo apparently also still works for Neiman Marcus and holds the same position in the same store, and the company’s official viewpoint is that her private life is none of their business.

Patricia Walker is the daughter of the man who was the manager of Sam Walmart’s very first store and who subsequently also grew very wealthy as the Walmart chain took off in the decades that followed, subsequently leaving it all to her when he died.

Neiman Marcus was founded in 1907 by Herbert Marcus and his wife Carrie Neiman as an emporium for the super-rich, and it always pursued a policy of total satisfaction for its customers who were permitted to return merchandise, for any reason, at any time for a full refund. One customer who even returned a pair of shoes after four years saying she didn’t like them any more has been allowed to do so. In general this brought much more repeat business to the store than it cost in acceptance of returns, so for a long time was a smart commercial policy to implement.

As the stores grew and became a chain, as the company corporatized, and as the Marcus family influence later became diluted, ultimately to disappear altogether as they and their heirs eventually died off, it became harder for Neiman to compete in the modern world of the internet without having to make some compromises along the way. After a number of ups and downs as a public company too, following the wild rides of the business cycle in the United States in the last two decades of the twentieth century, the firm was eventually privatized in 2005 being purchased by hedge fund giants TPG Group and Warburg Pincus, who still own it today.

Nevertheless the principle of satisfying your customers no matter what has remained alive as a grounding philosophy for the company, leading to one particularly surreal legal exchange concerning the company’s policy governing returns of in-store purchases and purchases made from its premier catalog, called “The Book”.

During a November 2012 court hearing, Neiman Marcus’s attorney at the time a Mr. Walter Herring argue that no written policy existed when the Walker’s purchases were made and that return decisions were made by individual store managers.

Judge Ken Molberg who had been overseeing the case then asked, “How does the manager find out about this unwritten policy if it’s not somewhere? Is it just kind of word of mouth?” Herring responded: “I believe that must be, Your Honor, because they say there is no written policy.” “Boy, ” replied the Judge, “I find that totally incredible.”

Patricia Walker’s own lawyer, Mark Ticer, then immediately produced a print-out from Neiman’s website that addressed returns of store, and catalogue The Book, purchases. It began simply: “You may return for credit, at any time, merchandise with which you are not completely satisfied.” Neiman attorney Herring then stated Neiman’s didn’t know why that language was on the website. He told the judge it was online “for about five to six months” and has since been taken down.

About a week after the hearing, the Dallas Morning News reports, Neiman Marcus parted ways with Attorney Herring for undisclosed reasons and hired new counsel.

Mediation hearings were apparently held in April, leading to a reported settlement of the case before it would go to a Jury but it was subsequently not signed by all the parties. Patricia Walker was reported to be the one holding it up, and the case then went back into the court in June. No-one will say yet what the terms of the final settlement now are, and they remain under seal, but one can infer that Herbert Marcus’s dictum “The customer is always right” may still be in force.

In the mean-time Patricia Walker is still extremely rich, Ms. Avi Lo and Robert Tennison are apparently still together. JR Ewing would understand that very well, I think.