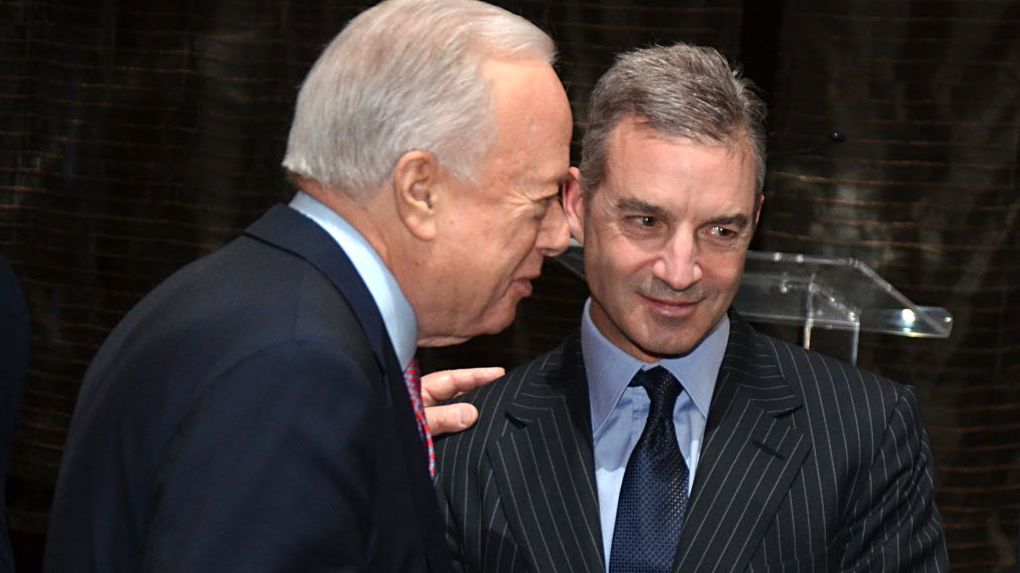 Marissa Mayer, whose own appointment to the CEO position at Yahoo had been spearheaded by Loeb’s shareholder activism and continued criticism of the company for falling down on the job, had this to say about the transaction: “Daniel Loeb had the vision to see Yahoo for its immense potential – the potential to return to greatness as a company and the potential to deliver significant shareholder value, ”…… “On behalf of the Board and our entire team, I’d like to take this opportunity to personally thank Dan, Michael, and Harry for the tremendous opportunities they created here at Yahoo. They have been incredibly supportive as we have built our executive staff and developed our strategy, and they have helped position Yahoo for future success. While there’s still a lot of work ahead, they’ve given us a great foundation.”

Loeb had accrued very large gains on his holdings in the last year as Yahoo’s shares jumped more than 70% just during CEO Mayer’s tenure, so with this transaction he is basically more than liquidating his original costs and leaving the remaining holding to see what it still can do. It has been reported that his average purchase cost of the bulk of his his holding, which he started to acquire in 2011- was in the US$13-14 per share range; if so he is now showing likely more than a double on the whole thing. With the sale yesterday he has now also more than liquidated his total cost, and then some, and can leave the rest to see what it may do.

“Harry, Michael and I are pleased to have played key roles in Yahoo’s resurgence since we joined the Board last spring, ” said Third Point CEO Daniel S. Loeb. “Since our Board’s rigorous search led us to hire Marissa Mayer as CEO, Yahoo’s stock price has nearly doubled, delivering significant value for shareholders. I’m confident that with Marissa at the helm and her team’s focus on innovation and engaging users, Yahoo has a bright future.”

Yahoo had previously announced an additional corporate stock-repurchase plan to buy up to US $1.9 billion of Yahoo common stock, and the new repurchase agreement with Third Point now becomes part of that plan. The company says this will now leave a further approximately US $700 million remaining under its US$5 billion buyback authorization announced last year. Yahoo expects to fund this transaction primarily with cash, and states that the transaction should be accretive to earnings per share.

In initial trading after the announcement investors pushed the Yahoo shares down by 4%, as investors may have concerns about Yahoo’s outlook with such a prominent shareholder selling down. There were already also questions on the table about Yahoo’s ability to hold on to its advertising revenues, with the continued shift to mobile impacting average revenues per ad placement for all the players in the industry.

Earlier this month, Yahoo had reported its second-quarter profit grew 46%- though on lower revenues as the company indeed faced a struggle with its ad business, luckily more than offset in the quarter by significant cost cutting coming through to the bottom line. But, in connection with Loeb’s sale we should remember that hedge funds do take profits when they are there and are rarely really long term players – and by keeping a third of his holding Daniel Loeb is actually expressing a good deal of continuing confidence in Marissa Mayer and in the job she is doing. If he is right he can make another killing on the upside.
About Daniel Loeb

Daniel Loeb was brought up in Santa Monica in California, one of three siblings. His father Ronald was a partner at the Los Angeles law firm of Irell & Manella. His mother Clare is a historian. Loeb’s great-aunt, Ruth Handler created the Barbie doll and co-founded Mattel with her husband. Loeb graduated from Palisades Charter High School before studying at the University of California at Berkeley, subsequently transferring to Columbia University where he graduated with a degree in Economics.

Loeb worked at Citicorp and Warburg Pincus, before founding Third Point in 1995. He is well known in the financial world as a shareholder activist, writing a lot of letters to the boards of companies in which he has taken positions, often highly critical of their management performance and the conduct of their executives.

Having done very well with Yahoo Loeb is now already taking on Sony, to whom he wrote in May 2013 – he suggested to them splitting the company’s entertainment and electronics businesses in the expectation that it would increase the company’s profits. On 18th June 2013, Third Point put its money where its mouth is and increased its stake in Sony to 70 million shares, or about 7% of the company – valued at US$1.4 billion. With the sale of two thirds of his Yahoo stock now safely tucked under his belt this will undoubtedly release firepower for this new adventure.