Alan Shatter, a lawyer by profession, has been involved in parliamentary administration in Southern Ireland (EIRE) for more than 30 years. During his first spell on the back benches he found the time to write a steamy novel, which is about to be re-released after close to a quarter of a century. 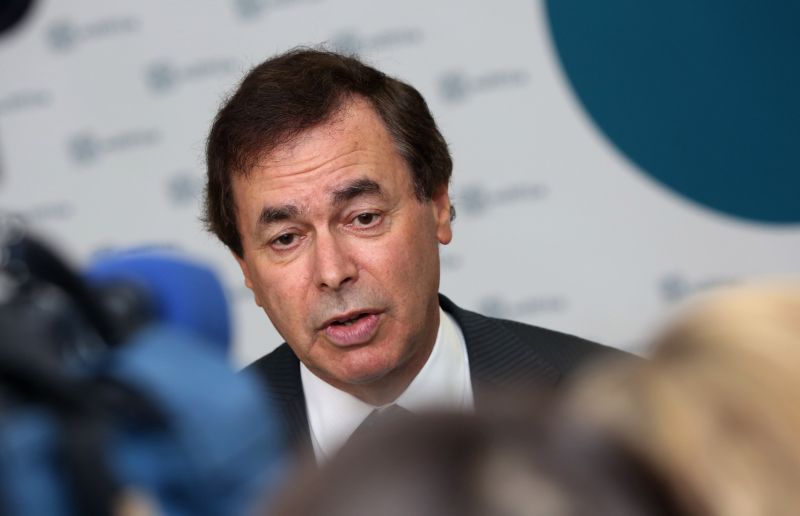 It’s a well-known fact that the thing that politicians are most scared of, no matter which part of the world come from, is skeletons in the cupboard. And when you hold down the post of Minister of Justice in an ultra- Conservative country such as Eire, then any kind of improper behavior, even going back decades, can cause major embarrassment and often a political disgrace.

Yet when an upstanding member of the Eire public saw fit to complain about some very steamy passages that they found in Alan Shatter’s novel, Laura, first published in 1990 and long since out of print, the long-running Member of Parliament’s reaction was surprising in the extreme.

Not only did Shatter welcome the reprint of his novel by publishers Poolbeg due to a surge in demand due to the controversy caused, but now the politician already strongly hinted that he is considering writing a follow-up , that will be even raunchier than his long forgotten first attempt.

Shatter’s novel Laura was based around a fictitious affair between a female clerical worker in Eire parliament’s administrative offices, and a Member of Parliament, with the affair ending after the women eventually became pregnant. Subjects that are very much taboo in Eire, where the Catholic Church still has a very strong influence.

With the reprint due imminently, Laura is expected to sell between 5, 000 and 10, 000 copies, which will mean more than $120, 000 in royalties for Alan Shatter, as long as publication will be cleared by Ireland’s censorship body

Books in Ireland are still liable to be banned if deemed “indecent”, “obscene”, or “advocate the procurement of abortion”, according to the Irish Censorship Board, with Laura possibly falls into all of these categories.

To ensure total objectivity , Shatter, the Member of Parliament for Dublin South has confirmed that he has transferred the responsibility for appointing members to the Censorship of Publications Board from the Ministry of Justice to Ministry of Arts.

Shatter, who had built himself up a reputation as being among Eire’s foremost attorneys before entering the political stage, has another bestseller under his belt , written before Laura, but this time on the much more practical but possibly less interesting subject of Irish family law.

Alan Joseph Shatter was born and raised in Eire’s capital city, Dublin. Shatter graduated with a degree in law from Dublin’s Trinity College, and practiced his profession before been first elected to the Irish parliament (Dáil) at the 1981 general election, holding his seat for more than 20 years until the 2002 general election.

Shatter was re-elected to the same seat in the 2007 general election. In March 2011, Shatter was appointed Minister for Justice and Equality as well as Minister of Defense in a cabinet headed by Enda Kenny’s cabinet.

In this article:Ireland, politician, Finance