After a long wait, what always looked like being a foregone conclusion eventually became one when the US Senate this week accepted President Obama’s proposal to appoint Ms. Pritzker to the role of Secretary of Commerce, which they did by a resounding majority of 97-1. 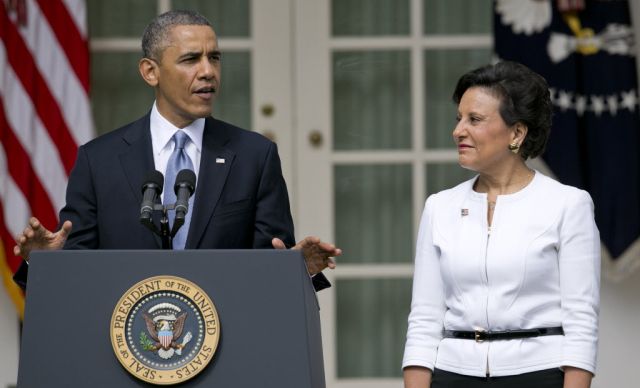 Penny Pritzer will now be able to fill the role that she has made no secret of wanting and has been vacant for close to a year, since the previous incumbent, John Bryson resigned due to health reasons.

Many political commentators speculated that Pritzker was being shoehorned into the position as a long and close personal friend of President Barack Obama and First Lady Michelle, as well as also been instrumental in raising hundreds of thousands of dollars in both of the presidential campaigns.

Now Obama will enjoy the confidence of knowing that he has a friend in the Commerce Department as well as someone who he trusts implicitly in Ms. Pritzer. The appointment comes just in time to prevent any discomfort with the fact that the United States would not have a Secretary of Commerce in place before the important trade talks to be held by the European Union and Pacific Rim nations in the near future.

President Obama was particularly effusive in his praise of Penny Pritzer stating that the new secretary has rich experience in what it takes to build companies from the ground up. “She shares my belief in doing everything we can help businesses and workers succeed and make America a magnet for good jobs, ” The President summed up.

With her appointment Pritzker becomes the fourth woman serving in the role of a department secretary in Obama’s current Cabinet, as well as being far and away the wealthiest, with an estimated personal fortune of $1.85 billion, placing her in the top 300 richest Americans.

Pritzker comes to the post of Secretary of Commerce with rich experience in the world of commerce and industry. To take up the post, Ms. Pritzker will be leaving her posts as chairperson of investment firms Pritzker Realty Group and Artemis Real Estate Partners, as well the board of the Hyatt Hotels Corp., the global hotel chain co-founded by her father.

The only cloud on the horizon in Ms.Pritzker’s campaign for the post was some uncomfortable questions that were raised in relation to the offshore trusts held by the Pritzker family in the Bahamas, with even President Obama being accused of double standards, having been critical of large corporations use of such tax shelters in his campaign.

Penny Sue Pritzker was born and raised in Chicago, and graduated with a BA in Economics from Harvard College in 1981, going on to earn her master’s degree at Stanford University in 1984.