Blank, who has been pursuing his love of sport in general and golf in particular since retiring as CEO of Home Depot, the company that he co-founded,  has announced that he is about to expand his chain of PGA Tour Superstores, with his latest to be a 50, 000-square-foot PGA Tour Superstore situated in the golfer’s paradise of Palm Desert, California. 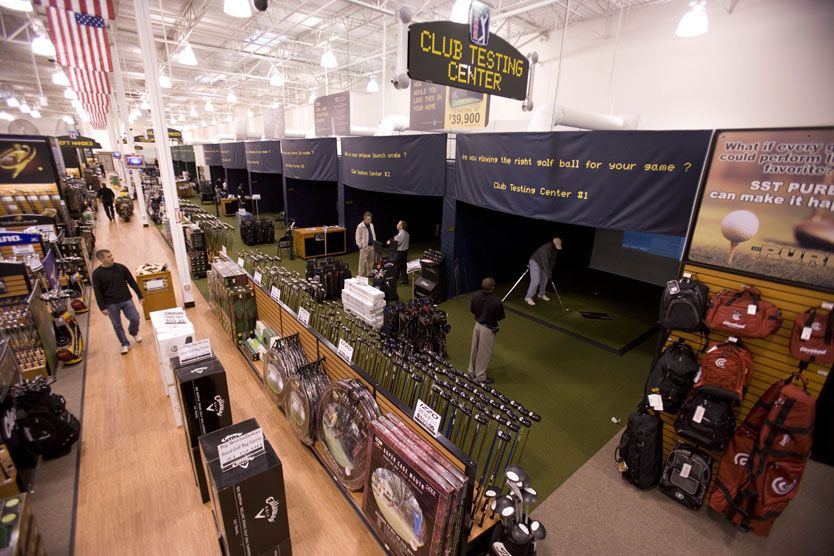 One of the stores

Many business people have a dream of making a considerable fortune early in life, and retiring when they are enough to enjoy their leisure years in comfort, doing what they want to do. This appears to be the formula that Arthur Blank has more or less perfected, spending his retirement following the sports that he loves and still injecting an element of business into the scenario.

Since leaving Home Depot, Blank has not only spent a lot of time on the golf course but also financing and acting as chairman of the Golf & Tennis Pro Shop chain, based in Roswell, Georgia and currently operating seventeen sporting Superstores across the United States, with latest branch in Palm Desert being the eighteenth. Some of the branches offer a mixed bunch of sporting equipment, while others specialise in either tennis or golf depending on the location.

PGA Tour Superstores, in addition to the full line of golf and tennis equipment, clothing and shoes that they offer, also provide personalized golf lessons, custom fit golf club as well as carry out repairs and other maintenance services for the golfer. One of the most popular attractions in the branches of the PGA Tour Superstore chain is the regular seminars where golfers can come along and discuss the game of golf from many aspects. The new store in Palm Desert will also contain eight swing simulators, a large size practice hitting bay as well as 2, 500-square-foot putting green.

The chain’s general manager explained that each PGA Tour Superstore is staffed by trained sales associates, who will take the time to work with golfers to match their swing and give them valuable pointers on which set of clubs or any other aspect of golfing equipment that will be best suited for them and allow them to extract the maximum of enjoyment.

Blank, a longtime golf lover is a member of the East Lake Golf Course in Atlanta, the oldest golf course in the city and at one time the home course of legendary golfer Bobby Jones. 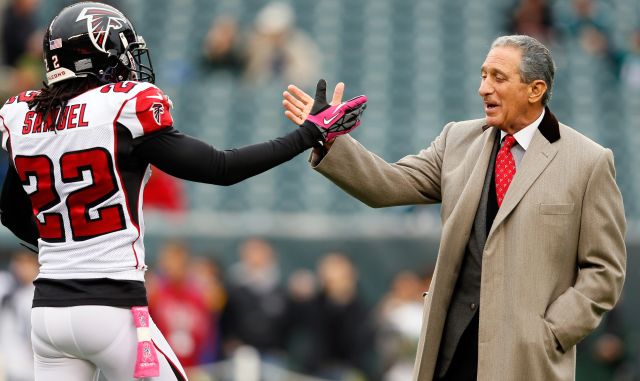 Arthur Blank was born in Flushing, New York,  going on to study at the  Babson College in the city, graduating in 1963 with a degree in Business Administration and Accounting. After graduating, Blank went to work for Arthur Young and Company, where he reached the rank of senior accountant for the company.

In 1978, Blank left Daylin to establish Home Depot in partnership with the well known New York investment banker Ken Langone. Blank’s far reaching vision saw the group become a tremendous success, expanding rapidly throughout the US.  Blank spent a total of 23 years at Home Depot, 19 of them as the company’s president before retiring from the company in 2001 while just 61 years old.

Blank enjoys the time, the money and the energy to pursue his love of sports, which he has done  in the hands on way, first acquiring the franchise for his adopted hometown team, the Atlanta Falcons who play in the National Football League (NFL) in 2002, and just two years later, adding the Arena Football League franchise team Georgia Force to his collection, with his first step have moved the team back to the city of Atlanta.

Blank continues his love of golf through philanthropy, through the Arthur M. Blank Family Foundation. One of his best known projects is known as the First Tee, which helps young people, many of them from underprivileged backgrounds, to expand their horizons through sport, as well as train adults to become coaches, mentors and leaders in the First Tee program.

Arthur. S. Blank is estimated to have a net worth of around $1.3 billion.