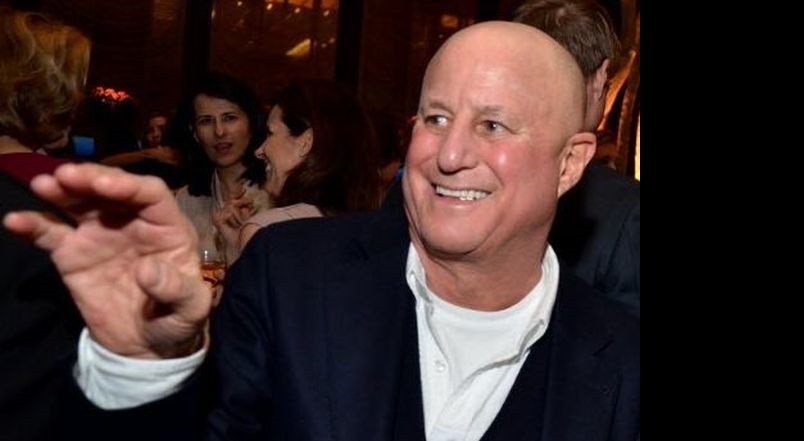 On June 13th, 2013 Revlon, the publicly listed cosmetics company controlled by Ronald O. Perelman’s investment company MacAndrews & Forbes, and of which he is Chairman and CEO, settled a dispute with the US financial industries regulator the Securities & Exchange Commission (SEC ), relating to an unsuccessful attempt he made in 2009 to take Revlon private – a company which he has controlled about 77% of since 1985. Mr. Perelman is certainly no stranger to litigation, or to complicated transactions. Indeed it is probably no accident that in the degrees of complexity itself one can ultimately find tucked away issues that are the ones that end up being litigated.

Under the terms of the settlement with the SEC Revlon agreed to pay a – very modest – fine of US$850, 000 in order to put to bed the SEC’s findings that it had deceived shareholders and its independent directors during the failed privatization attempt. According to the New York Times, Revlon has also already paid out, in addition, about US$37 million in private lawsuits to shareholders and former shareholders to put the story behind it.

The SEC press release announcing the settlement quoted Antonia Chion, an Associate Director in the SEC’s division of enforcement in connection with the settlement: “Going-private transactions create opportunities for shareholder abuse and can have coercive effects on minority shareholders, ”…. “By erecting informational barriers, Revlon kept critically important information from its board and, in turn, misled investors.”

In settling with the SEC and with its private claimants Revlon neither admitted nor denied any wrongdoing.

MacAndrews & Forbes has controlled over three quarters of Revlon’s stock since 1985, so the company has had little shareholder “float” which has therefore tended to discourage trading since he took it over. In such circumstances, even in the best of times the share price of a comparatively illiquid security can languish and lag its peers significantly.

In 2009 during the height of then recessionary business conditions Perelman tried in response to take over the rest of the shares he did not already own. When you do something like that, however, independent directors and external third party advisors are usually called upon to determine that the terms of any such transaction are fair to the minority interests being acquired – whenever there is an insider with a potential informational advantage.

On his first attempt in 2009, it seems the independent third party financial advisor determined that the terms Perelman was proposing were indeed not fair to the minority shareholders of Revlon. Accordingly, as the New York Times reported last week, Pereleman restructured his offer in response by proposing instead a a transaction in which the company asked minority shareholders to swap their stock for preferred shares.

The complex deal would apparently have also helped Revlon pay off a substantial loan that it owed to MacAndrews & Forbes, the SEC found as the tendered common shares would have then been simultaneously exchanged for a settlement of existing debt to its controlling shareholder. However because Mr. Perelman also stood on both sides of this deal, there was a basic question about the transaction’s fairness and Revlon again asked its independent board members to assess the deal.

Revlon’s minority shareholders included persons invested in its stock through the company’s 401(k) retirement plan and the retirement plan’s trustee decided that its members could exchange their shares only if an outside investment banker decided that the transaction was adequate. On looking at it, the outside financial adviser chosen determined that it was also, like the previous going-private transaction itself, unfair – since in his opinion the preferred shares being offered were not equal to the value of the common stock being sought.

Well that was his opinion, but Revlon, however, apparently then went to great lengths to hide that decision from the individual retirement plan members themselves, which was the crux of the complaint made by the SEC. The SEC had also charged that among other deceitful maneuvers, Revlon altered the agreement with the trustee to ensure that the trustee would not share the adviser’s opinion with Revlon shareholders. The company also then apparently misrepresented in securities filings that the board’s process was “full, fair and complete.”

So with the settlements with the SEC and with its own dissident shareholder groups this is now all behind Revlon and the company’s shares have also even been doing quite well, up 40% in the last twelve months, certainly rebounding from its state in 2009 when, during the depths of the recession, Revlon had become quite a troubled business. Revlon posted losses for a number of years after Perelman’s original acquisition, losing market share to competitors like L’Oreal, Estée Lauder and Procter & Gamble, and it suffered under a heavy debt load, some of which likely related to the acquisition itself.

Even so a market cap of US$ 1 billion on its current price of about US$20 per share is still a substantial company, with a widely accepted range of products that are liked by its customers. According to some analysts the current share price may be only about 11 times projected 2013 earnings – compared to an estimated 25 times for competitors and rivals Estée Lauder and L’Oréal. Maybe the recent share price up-tick reflects hopes of a renewed privatization offer from Perelman – only this time one on more transparent terms and presumably reflecting improved conditions.

While he is certainly a tough-minded businessman Ronald Perelman gives back to the community and is a major philanthropist to many worthwhile causes. He made big headlines just a month ago with a gift of US$100 million to the Columbia Business School to found the Ronald O. Perelman Center for Business Innovation. His own university, the University of Pennsylvania has not missed out either, receiving a US$25 million gift earlier in 2013.

He serves on the Board of the University of Pennsylvania, the New York University Langone Medical Center, New York Presbyterian Hospital, Weill Cornell Medical Center, Columbia University, Ford’s Theater, Apollo Theater Foundation and the Executive Board of Carnegie Hall. He is a member of the French Legion of Honor.

Perelman was born in Greensboro, North Carolina in 1943, the son of Ruth (née Caplan) and Raymond G. Perelman and was raised in a Jewish family environment. His father was an accomplished businessman who, with his own father and brother, controlled the American Paper Products corporation.
By the time Ronald turned eleven years old he regularly sat in on board meetings of his father’s company; by all accounts his father was a rough teacher, harshly criticizing Ronald for even the slightest mistakes.
After graduating from Cheltenham High School, in Wyncote, Pa in 1962. Perelman attended The Haverford School and then the Wharton School of the University of Pennsylvania where he followed in his father’s footsteps and majored in business. He graduated in 1964 and completed his master’s degree in 1966.
On setting out on his own in his business ultimately, one of his early acquisitions was MacAndrews & Forbes, at that time a distributor of licorice extract and chocolate. The management and investors of the company initially repeatedly rebuffed his efforts to purchase it and filed an unsuccessful lawsuit to prevent the acquisition, but in the end Perelman prevailed. That his father had tried and failed to acquire it ten years earlier made the success particularly sweet, and the memory of the transaction clearly lives on as MacAndrews & Forbes subsequently morphed into the holding vehicle for all his investments.

Ronald Perelman lives in New York City and has been married five times, currently to Dr. Anna Chapman a psychiatrist whom he married in 2010 and he is the father of seven children. As of 2012, according to Forbes Perelman is the 26th richest American, and 69th richest person in the world, with an estimated wealth of $12 billion.