After close to fifteen years as owner of the American football club, the Washington Redskins, Daniel Snyder is beginning to show signs of bending after months of pressure to change the name of the team, which has apparently been deemed offensive to members of the Native American nation. 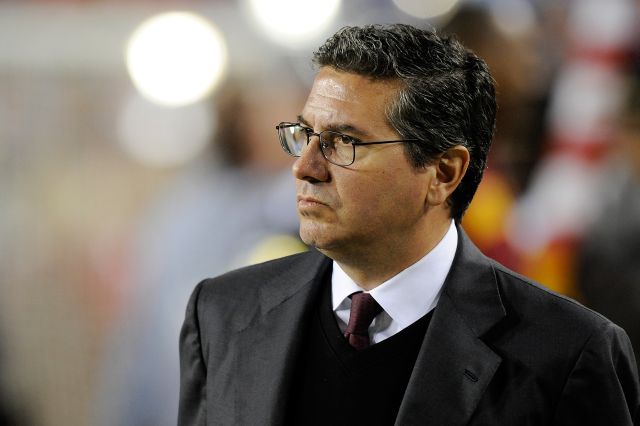 When you’re the owner of the second most valuable concession in the National Football League (NFL) it could be the most natural reaction in the world to want to retain the status quo. And this is the case with the Washington Redskins and why Daniel Snyder has until recently been standing firm under pressure to change the name which has apparently begun to upset Native Americans despite the club being that name since the mid nineteen thirties.

However with Snyder under pressure particularly from the Congressional Native American Caucus he appears to be in a dilemma based as much on commercial issues as well as ethical ones.

To add to the pressure being applied on Snyder the apparently recently received a letter drafted by ten members of the US Congress, with copies of the sent to FedEx who own the Washington Redskins stadium naming rights, owners of the NFL’ s other 31 teams, as well as the commissioner of the NFL, Roger Goodell. The principal message that was reportedly contained in the letter was that the Redskins name is offensive and should be changed.

Schneider has already found an ally in Goodell who responded immediately through the Congressional Native American Caucus with the keynote of his reply being that the Washington Redskins’s name has consistently represented a positive meaning, far away from any disparagement that could be viewed in any other context.

Between the lines Goodell is only backing up Snyder already knows- that the club’s name is a well recognised and strong brand that is good for business, both for the club as well as for the entire NFL.

Snyder, who well understands the meaning of successful marketing, has repeatedly stood firm on his public proclamation that he is no intention of changing the team name.

Professional image and marketing commentators argue the point that while the team’s title could be regarded as being offensive, it is only when it is taken in the wrong context. As the team has been around for more than 80 years under the same title, Snyder argues, why should it suddenly become offensive.

In favor of the argument of retaining the Redskins’ name exactly as is , apart from the fact that is still NFL’s third valuable franchise value at $1.6 billion, the club also ranks thirteenth of all of the NFL Brand Keys’ sports loyalty index, and more importantly seventh as far as “history and tradition” is concerned, with that sector of its value been calculated at around $130 million of the the club’s total’ $1.6 billion.

Unwillingly drawn into the controversy Snyder at least now showing signs that he is willing to address it , obviously aware of potential damage that costs could be caused to the club’s value by having to come up with an alternative name for the club, which may not be acceptable to their massive fan base.

However to test the water Snyder has announced with the last few days that he has had the services of a well-known political consultant to advise him on how to deal with sensitive name issue. The consultant, Frank Luntz, had been brought in to handle a focus group, with the intention of gathering an assessment of where the club stands from a public relations viewpoint regarding the name change.

Apparently the leading question that will be contained in the survey is going to be among the lines of, “Which of the following best reflects your opinion of the NFL team name ‘Washington Redskins’?” With answer options ranging from, “I find the name offensive and they should change it, ” to “I don’t find the name offensive and they should keep it as is.”, with a few semi-compromises in the middle.

Inevitably a few alternative names are being bandied around, with one that is gaining impetus being the Washington Red Tails. Snyder is remaining tight lipped for the time being on any possible changes while he awaits the response from his survey.

Daniel Snyder was born and raised in the state of Maryland, attending the University of Maryland, College Park, while at the same time establishing a successful own business, leasing private jets to wealthy college students.

In 1989, Snyder established a business partnership with his sister Michelle in the communication industry that went under the title of Snyder Communications LP. The pair made a great success of the enterprise building it rapidly through the nineties and taking it public in September 1996. With the stock flotation Daniel Snyder earned the distinction of becoming the youngest ever CEO of a New York Stock Exchange listed company, aged just 32. With the public backing Snyder continued to drive the company to rapid growth through a string of aggressive acquisitions, till by 1998, the company had an annual turnover of $1 billion and employed 12, 000 people.

One year previously, Snyder had acquired the Washington Redskins as well as the legendary Jack Kent Cooke Stadium where the team played for $800 million. Within the space of a few years he sold 15% of the club to real estate developer Dwight Schar, 15% to Florida based  financier Robert Rothman and 5% to Frederick W. Smith, owner and founder of Federal Express with the stadium now be known as the federal express. Snyder retains a 65% ownership interest in the club having proved more than half of its investment by selling of shares.