It is reported that checks have only now just begun trickling out to participants in an antitrust class action suit filed against the De Beers diamond mining company which was settled by the company for $297 million dollars, and approved by a judge in the United States several years ago.

The De Beers diamond mining conglomerate was founded in the nineteenth century by British über imperialist Cecil Rhodes. The company has diamond mines in Botswana, Namibia, South Africa and Canada.

Ernest Oppenheimer, a German Jewish immigrant to Britain, who had earlier founded mining giant Anglo American with the help of JP Morgan, took over De Beers in 1927, holding a 40% stake directly through his family and another 45% through Anglo-American itself.

He then consolidated the company’s global monopoly over all aspects of the diamond industry world wide until he retired and was succeeded by his son Harry. He could do so as his mines had a substantial monopoly on diamond production: De Beers exercised control over the market first, by convincing independent producers to join its single channel marketing monopoly, second it flooded the market with diamonds similar to those of producers who refused to join the cartel, and finally it purchased and stockpiled diamonds produced by other manufacturers in order to control prices through limiting supply to just meet demand and no more.
Starting in the year 2000, conditions for managing such monopolistic marketing arrangements began to rapidly unravel as new diamond mines came on stream in Russia, in Australia and in Canada, all of whom began to market their products outside the De Beers marketing umbrella. Israeli “oligarch” Lev Leviev and his company Africa-Israel played a significant role in these developments. The opening up of markets to more competitive conditions also played out against the back-drop of changing social conditions in South Africa in the aftermath of the abolition of Apartheid and, as well, the rising international awareness of the tragedies of “blood diamonds”, sometimes used to finance wars in Angola and other conflict zones. This led De Beers to cut back on such sources in favour solely of its own mines.
With the onset of such competition, the wholesale price of rough diamonds, which had already stagnated for many years in nominal terms previously (and therefore fallen in real terms) actually fell in nominal terms too for a time with, in addition, the onset of recession in many developed economies in the early years of the new century. De Beers rode this out successfully though, and by the end of the decade diamond prices had first recovered, and then in 2011 reached record levels, as you can see in the chart below (source, review by Paul Zimnisky available here: http://www.kitco.com/ind/Zimnisky/2013-06-06-A-Diamond-Market-No-Longer-Controlled-By-De-Beers.html ).

Having seen the long-term writing on the wall however, in November 2011 the Oppenheimer family, then led by harry Oppenheimer’s son Nicky, sold the entirety of their 40% stake in De Beers to Anglo America thereby increasing Anglo American’s ownership of the company to 85%. The transaction was worth US$5.1billion in cash and ended the Oppenheimer dynasty’s eighty year control of what is today still the world’s largest diamond miner. The State of Botswana owns the remaining 15%. Despite the onset of competition the lack of any long-term major price wars is startling.

Anglo American itself is a widely held, publicly traded, diversified mining company with mining projects spread around the globe. Nicky Oppenheimer retired from the board of Anglo American also in 2011. Since it demonstrates a little bit of the history of the two companies this is what he and the company said at the time on the company’s web site:

Sir John Parker, Chairman of Anglo American, said: “On behalf of the Board, I would like to express our thanks to Nicky for his significant contribution to Anglo American over so many years. Anglo American’s origins in South Africa more than 90 years ago lay in the hands of Nicky’s grandfather and that legacy lives on. Sir Ernest’s commitment that Anglo American should make a positive and sustainable difference to the communities around its mining operations remains deeply embedded in the way we do business. We will miss Nicky’s wise counsel, sound business sense and integrity. We wish him well and look forward to a continued strong relationship through our respective interests in De Beers”.

Nicky Oppenheimer said: “Anglo American has been in the psyche of every member of my family since the company was founded nearly a century ago. During my 40 years with Anglo, first as an employee and then as a director, I have been lucky enough to participate in many transformational decisions. However there comes a time when it is right to stand aside and allow others to carry the baton. For me that time is now. Anglo American is a remarkable company, with a great heritage, and I wish the Board and the executive team every success in the future. 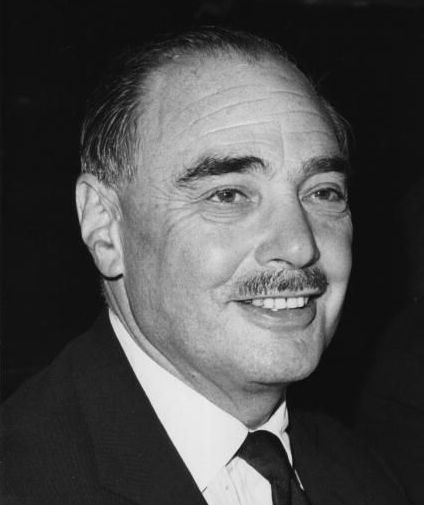 Harry Oppenheimer’s father Ernest had come from an assimilated family of German Jews living in South Africa. Harry was still given a formal barmitzvah, though, when he became thirteen. He was educated at Charterhouse School in England and graduated from Christ Church College Oxford in 1931 in PPE (politics philosophy and economics). He subsequently converted to Christianity when he married his wife Bridget McCall, but even though he chose to enter the Anglican Church he remained a supporter of Jewish causes during his entire life. He also authorized the flow of diamonds to the new state of Israel’s diamond-sorting and diamond-cutting industry, where it subsequently went on to become a world-leading industry, even rivaling Antwerp (perhaps the intention!).

Like father like son,  was educated in England, this time at Harrow School and he also went on to graduate from Christ Church College, Oxford where he took the same PPE degree as his father. Later Nicky also took the Oxford MA, which in a curious quirk of history going back to the Middle Ages does not require examination (this writer, who also graduated from Oxford in PPE, is in the company of many who are eligible for the Oxford MA but who have chosen not to take it!). MA or not Forbes “World’s Richest People” list of billionaires estimated Nicky Oppenheimer’s net worth at US$6.5 billion in 2012.

In 1968 Nicky married Orcillia “Strilli” Lasch, daughter of industrial tycoon Helli Lasch. They live mainly in Johannesburg on the Brenthurst Gardens estate. He and his wife are members of the St George’s Anglican Church, Parktown, Johannesburg. The Brenthurst Garden is affiliated to The Quiet Garden Trust, a Christian organisation providing places for prayer, silence and reflection. He also has a country estate in England, Waltham Place (with gardens open to the public and an associated organic Farm), at White Waltham in Berkshire.