These are not happy times at Menlo Park, California, global headquarters of social media giant Facebook. With shareholder confidence in the company reported to be at an all-time low regarding the company’s ability to achieve its potential, founder Mark Zuckerberg knows that from now on in the only way is up. 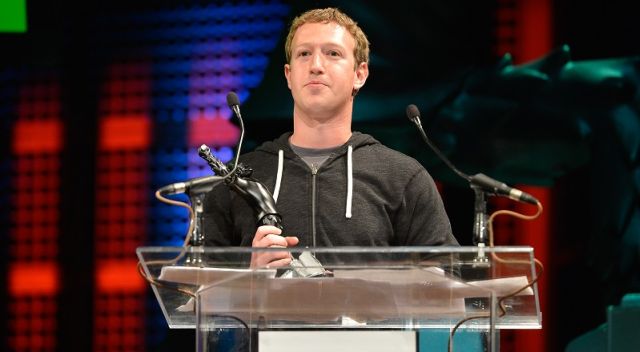 Just over 12 months after Facebook shares were first listed on the Nasdaq exchange with considerable ceremony and at the price of $38 a share, their shares closed before the weekend at $22.97, a drop in value of close to 40%, with almost half of that depreciation occurring in the last month alone.

The reason for the dramatic drop, which many stock market observers had been predicting would occur, is investors growing concerns regarding Facebook long-term business prospects. While as a social media network it is an outstanding success with over one billion subscribers, the ongoing fear that the site would be incapable of monetizing itself looks to be coming more of a reality. Rumor has it that many of Facebook’s investors are beginning to arrive at the painful conclusion that the somewhat grandiose predictions related to the company’s potential profitability may well have been an exaggeration.

According to a stock market analyst specializing in affairs of the Internet, sentiment on Facebook is currently very low with a large number of investors disappointed by the company’s profit growth.

Facebook stock did make something of a recovery at the beginning of May, rising $29 after Zuckerberg and co, released their earnings results for the first quarter of 2013, which showed the first signs of some profit potential from the advertising products that Facebook had recently launched. However that enthusiasm showed to be short lived, and the decline in value continued throughout most of May continued.

This year’s fall was fired due to some particularly negative industry reviews regarding Facebook Home, a so called “super app” for the Google Android mobile operating system. The particular attraction regarding Facebook’s new app was that it was supposed to replace any mobile phone’s home screen with the innovative Facebook news feed.

High hopes regarding this new app once again brought disappointment, with sales been particularly low, with many of the US’s leading retail chains suspending sales of the product after just a few weeks. Facebook then made the more or less public announcement that Home was going back to the drawing board for major re-enhancement by announcing that they were going to postpone indefinitely the release of the product in Europe. The timing of their announcement could have been better, following on the same day that Yahoo officially announced the acquisition of social media up-and-comer Tumblr. This combination of negative news saw Facebook shares drop by two per cent in one day.

Another recent blow was Facebook’s coming in second to Google in the race to acquire route finding application Waze, again with much of the speculation being that it was not only Zuckerberg’s lower offer (one billion dollars compared to the one point three offered by Page and Brin) but the lack of confidence that the people at Waze had in Facebook to lead them forward.

Another 2% drop was also runner-up in early June, when there is major content supplier Zinga announced that they would be laying off more than 500 employees because there social games were now under-performing on Facebook, largely due to the company struggling to transplant their software programming abilities onto the mobile stage. In truth revenues from gaming on Facebook have actually increased during the past six months, it appears that the stock market has interpreted, possibly mistakenly, that Zinga’s difficulties are part of the general malaise at Facebook.

Mark Zuckerberg will have to face considerable challenges in the coming months to prove that he has the ability to drive his company to the levels of profitability and growth that the stock market expected. With many in the market now openly stating that the initial Facebook share value evaluation was as much as a fantasy as many of Zinga’s games, it may prove too high a mountain to climb.