The acquisition of the Israeli navigation app and traffic report start up will be completed after months of speculation involving Google, Facebook and Apple. 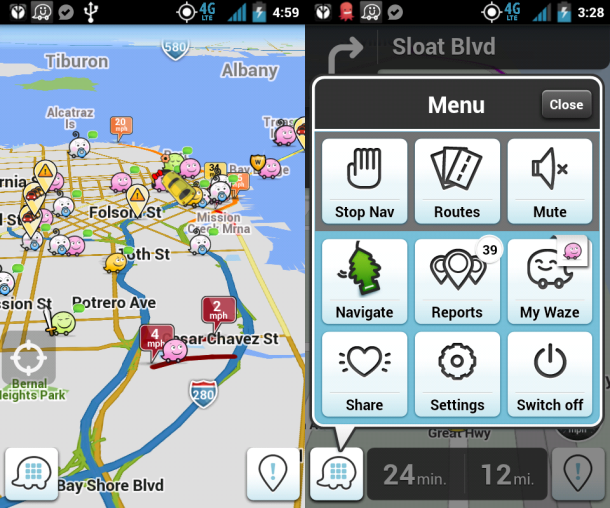 /By Hagai Golan and Tzachi Hoffman/

Sources inform ‘‘Globes” that Google Inc. (Nasdaq: GOOG) will acquire Waze Ltd. for $1.3 billion. The acquisition of the Israeli navigation app and traffic report start-up will be completed after months of reports that Waze would be sold to either Google or Facebook Inc. (Nasdaq: FB).
Ra’anana-based Waze has almost 50 million users. This is a big number for an Israeli company, which probably helped it achieve the hoped-for exit.
Reports about a possible sale of Waze are not new. Last year there were reports Apple wanted to buy Waze and in late August 2012, it was reported that Facebook was in talks to acquire the company. According to some reports, Facebook representatives arrived in Israel to meet Waze executives, but no deal was reached in the negotiations, apparently because of the price tag.
Another reason was that Waze insisted that its Israeli employees should continue working in Israel, which Facebook did not accept. Google has already made two acquisitions in Israel, and it has an office here, in contrast to Facebook, which closed most of the companies it acquired, including Israeli start-ups. Both previous Israeli acquisitions by Google were modest. Google acquired personalized Website gadget developer Labpixies for $25 million and interactive video-clip developer Quiksee for $10 million. Both acquisitions were in 2010.
In the past few months, there have been numerous reports that Apple Inc. (Nasdaq: AAPL) was interested in acquiring Waze. However, in an interview with “AllThingsD” at the D11 conference in late May, Apple CEO Tim Cook said that Apple had not bid for Waze. He also stressed that use of Apple’s map app was important, which was why the company was investing heavily in the product. “We screwed up, ” he admitted. “It’s greatly improved, but not there yet. We have more to do.”
Waze has developed one of the most popular navigation apps on the market. It offers apps for smartphones, tablets, and vehicle systems for navigating roads in Israel and in other countries. The information is about traffic congestion, police presence, road accidents, speed cameras, and road hazards collected by crowdsourcing from Waze’s social network.
Waze was founded in 2009 and in October 2012, it announced a $30 million financing round from Horizons Ventures, Kleiner Perkins Caufield & Byers, and iFund. The company has raised $67 million to date from Magma Venture Partners, Vertex Venture Capital, Qualcomm Ventures, BlueRun Ventures, Microsoft Corporation (Nasdaq: MSFT), and the investors in its 2012 financing round. The deal will turn some Waze founders into multimillionaires. CTO Ehud Shabtai will earn $78 million, president Uri Levine will earn $38 million, VP R&D Amir Shinar and his brother Gili will earn $65 million.
Waze told “Globes” “no comment, ” and Google said, “We don’t relate to rumors and speculation.”