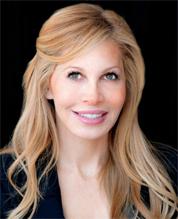 Leslie Bluhm is the 49 year old daughter of Neil Bluhm, the billionaire Chicago property developer who founded JMB Realty in 1969. She is also married to David Helfand who is co CEO of Sam Zell’s Equity Group Investments. So on all counts one could say she has a silver spoon in her mouth, though she herself would not agree with that assessment at all.

Leslie today runs a major Chicago nonprofit organization called Chicago Cares, the idea for which grew out of her own volunteering experiences.

She describes it in an interview with Shia Kapos in “Crain’s Chicago Business” (www.chicagobusiness.com). “When I got out of law school, I realized a lot of my friends weren’t volunteering. It wasn’t because they didn’t care or didn’t want to, it’s because they didn’t know where to turn. They weren’t sure about doing it alone. And some were skeptical about whether one person can make a difference, ” Ms. Bluhm says. “I had been out there so much. I knew it could have an impact. I also knew nonprofit social-service agencies desperately needed volunteers. They just don’t have the capacity to recruit.”

So she founded Chicago Cares with the goal of connecting volunteers to social-service agencies in neighborhoods all over the city.
Today the $3.2 million organization has enlisted 500, 000 volunteers in over years. It runs 250 service projects each month, from helping veterans fill out job applications to tutoring for citizenship and General Educational Development (GED) tests.

Her father for one is impressed, marveling at its success, and he says, “She could run any of our businesses.”

Here is the latest announcement on the Chicago Cares web site:

“I am excited the Clinton Foundation is teaming up with Chicago Cares for a Day of Action and service for Chicago.” – Chelsea Clinton

Chicago Cares and the Clinton Foundation have announced that Chelsea Clinton will make remarks at Chicago Cares’ 20th Annual Serve-a-thon kick-off on June 15 in Daley Plaza.

Serve-a-thon is the largest single day of community service in Chicago, when 5, 000 volunteers come together to make the city stronger and more vibrant.
Apparently it was a surprise to Leslie when Chelsea Clinton’s “people” called her “people” (yes that’s how the rich and famous interact with each other, they have “people” who take care of things for them) at Chicago Cares.

“I’ve never met her, just admired her from afar, ” says Ms. Bluhm, who this week will introduce Chelsea at the Chicago Cares Serve-a-thon. As a major event, for 20 years it has paired teams of volunteers with one-day service projects. Saturday’s Serve-a-thon will have 5, 000 participants, including several hundred organized by Chelsea herself, whose visit to Chicago it seems also coincides with the
Clinton Global Initiative taking place there.

“You don’t come to the University of Chicago Law School by being Neil Bluhm’s daughter. It’s the hardest law school in the country, ” says the school’s dean, Michael Schill, also a friend. “She worked here. She’s smart. She’s dogged. You know when she comes up with a project, she’ll see it through.”

Ms. Bluhm says she’s worked hard not to rely on her name. “I desperately wanted to build Chicago Cares on my own” she says.
The premium corporate sponsors are proof. Target, Discover Financial Services and Accenture all came to be sponsors the old-fashioned way- from cold-calling. They keep coming back, she says, “because we provide their employees with a powerful, hands-
on experience.”