Sorrell, CEO of WPP, the world’s largest marketing services agency with annual turnover of $55 billion, has announced his plans to form an alliance with social media giant, Twitter to spread the word on new data products and services on behalf of the company’s clients. 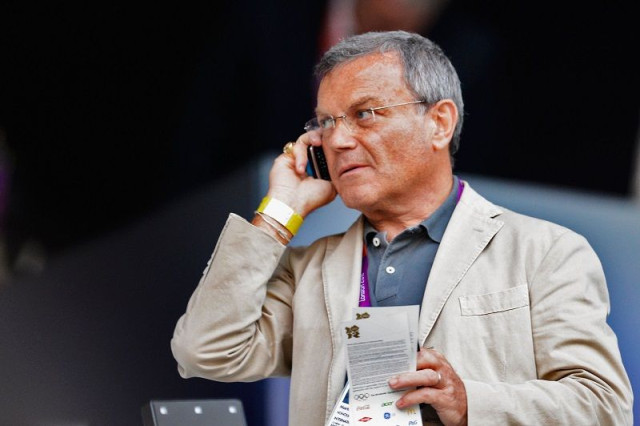 After negotiations believed to have lasted several months, Sir Martin Sorrell has announced that the company he heads WPP has entered into a global strategic partnership with Twitter. A partnership that is expected to greatly expand the already existing alliance between the two internationally known companies.

Under the terms of the agreement WPP has made a long-term commitment to work hand in hand with Twitter with a view to extending the Group’s already well-established market share in data-driven marketing. Overseeing the corporation will be Data Alliance, an important division of the WPP group of companies, whose role it will be to from a variety of disciplines that will increasingly leverage Twitter data across a number of important initiatives. Sir Martin Sorell has stated his belief that by fully utilizing the joint technical power that both companies have at their disposal they will be able to deliver considerably more effective global marketing campaigns, through enhanced targeting and the ability to provide real-time insight to particular consumer needs for their clients.

According to Sir Martin , the WPP/ Twitter integration would be a key factor generating the launch of new data products and services on a global basis, driven by the integration of invaluable Twitter data into some of the key WPP media and analytics platforms. Training specialist staffs to handle the application of these new capabilities has already begun and is expected to become a key cornerstone in an expected partnership approach for the benefit of key clients and markets.

The working relationship will also reflect existing GroupM client investments on Twitter’s platform. These investments are expected to rapidly bring fruit, particularly in particular regions of the world where Twitter’s service has already experienced rapid user growth over the last few years, taking in Western Europe, Asia, North as well as Central and South America. Twitter is currently available in 33 languages.

Sir Martin Sorrell, in an interview after news of the agreement between the two companies became public, stated that Twitter’s relevance continues to grow – not only as a social platform, but also as a window into consumer attitudes and behavior in real time. Twitter data have been already a key ingredient in many of our company’s disciplines. “We look forward to leveraging the platform in a variety of ways for our clients around the world.” Sir Martin summed up

In response Dick Costolo, CEO of Twitter, stated that his company were excited to be involved in a global partnership with WPP, which should be of tremendous benefit to all concerned through the pairing of Twitter’s ever-increasing market coverage with WPP’s world-class analytics, targeting, and creative capabilities.”

With more than 200 million monthly users, Twitter, formed only in 2006, has rapidly grown to become an important marketing tool through its real ability to gather insights on global thinking regarding any particular topic, ranging from sport to media and even going as far as politics.

Gradually more and more of the world’s leading brands are discovering the value of the Twitter platform to communicate directly with the public at large, with some of them gathering millions of followers.

In recent months, in order to monetize their fast-growing user base, Twitter made some initial efforts to sell advertising on their platform, introducing  new technologies designed to deliver targeted advertisements, placing itself in direct competition with such search marketing heavyweights as Google and Facebook. To date the majority of Twitter’s marketing impact has been in the United States where it earned most of its close to $300 million income in 2012, with the company on track to reach their target of double that figure for 2013, and add a further $400 million in advertising income in 2014 to reach their magic billion dollar target.

Martin Sorrell was born and raised in London, and went on to study at the highly prestigious Christ’s College, Cambridge.

The advertising industry held a particular attraction for Sorrell, working first for a few smaller agencies in London before being recruited by leading global sports agent Mark McCormack. Martin left MacCormack in 1975 to join the dynamic London advertising agency Saatchi & Saatchi, where two years later at the age of 32 he was appointed to the post of group financial director. During that time of dramatic growth for the partnership, Martin Sorrell became an integral part of the Saatchi & Saatchi team, masterminding a number of major acquisitions on behalf of the company.

In 1986, Sorrell left Saatchi & Saatchi to join a company in which he had previously invested, that when by the unexciting title of Wire and Plastic Products, and who actually produced wire shopping baskets. Sorrell’s first step was to shorten the name of the company to WPP, and began to acquire sees advertising-related companies, gradually building up a group of eighteen companies all involved in the world of advertising.

Martin Sorrell’s had the world of advertising standing to attention in 1987 when he masterminded a $566 million “hostile” takeover of advertising giant J. Walter Thompson, following up just two years later with an equally dramatic hostile takeover of Ogilvy and Mather, for whom he paid $825 million. Since his early years of empire building Martin Sorrell and WPP have succeeded in acquiring a number of other agencies including two more of global status, Young & Rubicam and the Grey Group.

During his close to 40 years involvement in the advertising industry, Sorrell has gained himself an unrivaled reputation as a mover and shaker. A firm believer in interactive media, Sorrell went as far as predicting in a paper he presented in the November 1996 issue of Harvard Business Review under the title of “The Future of Interactive Marketing” on how the internet is going to be the major medium on how companies will build brands and communicate to consumers “. That was ten years before Twitter was founded.

In recognition of his knowledge and abilities Martin Sorrell was appointed to the role of Ambassador for British Business by the UK Foreign and Commonwealth in 1997, and was given  a knighthood in the Queen’s 2000 New Year Honors list.

Under his guidance WPP has grown to become one of the world’s leading communications services and advertising companies, with a UK stock market valuation of £5 billion, with annual billings of around $55 billion (£37 billion). WPP employs 140, 000 people in 2, 400 offices in 107 countries. Sir Martin’s shares in the company are estimated to be worth around $100 million (£70 million).