–
Company Has Now Raised a Total of US$90 Million 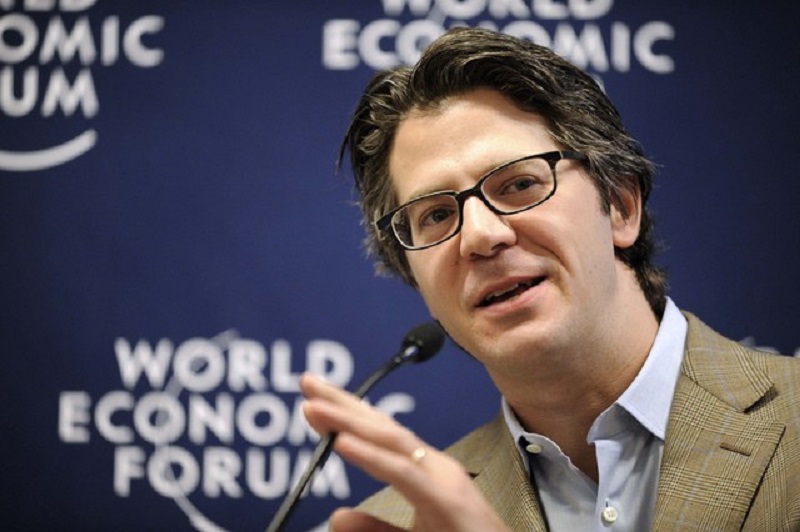 Relationship Science, or “RelSci” to its friends, has raised nearly $30 million in new equity funding, according to a Form D filing just made on May 31st with the US Securities and Exchange Commission.

RelSci is a hybrid form of database, somewhere between LinkedIn and, say, Bloomberg’s internal source files, created by Capital IQ founder Neal Goldman for the use of Wall Street bankers, corporate executives, etc.

Unlike LinkedIn the information is simply taken from the web rather than provided by its subscribers. And unlike Bloomberg’s internal source files, it deliberately doesn’t provide either phone numbers or email addresses.

In a New York Times column last month Andrew Ross Sorkin referred to RelSci as a “Rolodex for the top 1 percent.” It sounds more like a Rolodex for the top 0.1 percent actually: deal makers, power brokers and business executives; not just their names, but in many cases the names of their spouses and children and associates, their political donations, their charity work and more- all at a banker’s fingertips.

RelSci has apparently spent the last two years since it was founded, originally as Data Connectivity Systems, quietly building what it hopes will be the ultimate business Who’s Who with a staff of more than 800 people mostly in India. Its aim is to radically change the way Wall Street does business, though of course there are plenty of other databases out there also trying to do the same.

The way it works is like this: if a banker wants to get in touch with a top, heavy hitting, capital markets deal maker, but doesn’t know him personally he can just type his name into a RelSci search bar, and the system will scan personal contacts for people the banker knows who also know, say, Mr. Henry Kravis, to take an example or perhaps secondary or tertiary connections.

The system shows how the searcher is connected- perhaps a friend, or a friend of a friend, is on a charitable board; it also grades the quality of those connections by identifying them as “strong, ” “average” or “weak.” One might well be surprised at the many ways the database finds connections.

The major innovation is that, unlike Facebook or LinkedIn it doesn’t matter if people have signed up for the service. Many business leaders aren’t on Facebook or LinkedIn, but Relationship Science doesn’t rely on user-generated content. It just scrapes the Web with web crawlers and analyzes carefully the data it collects.

RelSci was dreamed up by Neal Goldman, a co-founder in 1999 of CapitalIQ, a financial database service that is used by many Wall Street firms. Mr. Goldman sold CapitalIQ, which had several thousand clients clients worldwide in 2004 for more than $200 million. That may explain why he was able to easily round up about $60 million in funds for RelSci from many of the top names in finance. Wall Street lore has it that he raised the first $6 million in three days.

“I knew there had to be a better way, ” Mr. Goldman said about the way people search out others. Most people use Google to learn about people and ask friends and colleagues if they or someone they know can provide an introduction. Instead RelSci essentially does this automatically. It will even show you every connection you have to a specific company or organization. “We live in a service economy, ” Mr. Goldman said. “Building relationships is the most important part for selling and growing.”

Mr. Goldman’s version of networking isn’t for everyone. His company charges $3, 000 a year for each subscriber to have access to the site. By Wall Street standards that is quite cheap and in any case, ignoring price, the possibility that the system could lead to a new deal or to a new wealth management client means it can well pay for itself. “If you get one extra deal, the price is irrelevant, ” Mr. Goldman said.

One of the most apparently controversial choices Mr. Goldman seems to have made with RelSci is to omit what would normally be obvious information: phone numbers and e-mail addresses. Mr. Goldman explained the decision. “This isn’t about spamming people.” He said supplying phone numbers wouldn’t offer any value because people don’t like being cold-called, which he said was the antithesis of the purpose of his database.

Ultimately, he said, as valuable as technology can be in discovering the path to a relationship, an artful introduction is what really counts. “We bring the science, ” he said. “You bring the art.”

Why Does It Matter ?

If business is said to be all about relationships then in financial markets, and capital markets, it is all about “Relationships” – with a capital R. Suppose you were a Managing Partner of an important Investment Bank in the old days. You have probably spent decades cultivating people who matter – from State Governors to Chairman of Banks; from Industrial CEOs, magnates of consequence, to the rainmakers who are partners and denizens of the legal world.
Working sixteen hour days that often extend long into the evenings, you have diligently attended charitable dinners, important gallery openings and late-night deal making in smoke-filled private rooms at inordinately expensive restaurants.
Once you have achieved all this your biggest challenge is to keep it all close to your vest, so younger interlopers cannot usurp what is your stock in trade, your daily meat and drink, i.e. the ability to talk to the people who count and who really know what is going on, from which deals and profits flow like honey.

Now fast forward to today; part of the game has changed as transaction-focused business models have advanced in finance and capital markets and pushed out the old relationship game to some extent. It seems people will deal with just about anyone these days, have no loyalties and can take their business away at the drop of an eighth or a quarter of a point on the price of whatever deal is going down today, or so it seems.

Yet even so, whom you know remains a pre-eminent asset and, as well, now the game is to also quickly find out and locate the people whom you don’t know, as well as the ones you already do, as you now ruthlessly raid other people’s business territory!

Enter the world of technology which today seeks to connect everyone to everyone, in as many permutations that technology and human beings can conceive of, from corporations, to advertisers, to marketing intelligence organizations and, finally to individuals, in this case in deal-making institutions, in a variety of ways.

Facebook started it for individuals and initially it was quite an exclusive club, which was part of its initial attraction. Now it is just too ubiquitous for elite memberships who prefer, frankly, more exclusive arrangements. On the corporate side LinkedIn has done the same but also has too many members to be useful at this point. The really serious people simply do not make themselves available at such meeting points. So if you are still starting out as a Junior Partner but you want to be the next Managing Partner of Goldman Sachs clearly you need a relationship management tool with a difference.

That is what RelSci does; it offers people who do matter, and people who want to matter, for just $3, 000 a year internet derived big-data on who knows whom in, say, New York or California’s capital markets. It doesn’t offer phone numbers or email addresses which are a rather crass way to get in touch with people you don’t know. Rel Sci Founder Neal Goodman puts it bluntly…”People don’t respond well to cold calls”…”Much better if we can tell you you that someone you know already has a relationship with someone you would really like an introduction to.” It is part an intelligence gathering tool that may be extremely effective and perhaps also part am emotional security blanket for bankers – they may just feel it is a tool they simply can’t do without it. There can be no more effective marketing than that.

So far Wall Street seems to agree and to date is pushing quite a lot of money their way.

About Neal Goldman
Neal Goldman is Chairman and Chief Executive Officer of Relationship Science. He is also Co-Founder of Goode Holdings, an investment holding company with interests in the information technology and financial services sectors that is the sponsor of a US$ 225 million private capital fund focused on investing in middle market consumer companies.

Prior to Goode, Goldman was Founder, Chairman and Chief Executive Officer of Capital IQ until its sale to McGrawHill/Standard & Poor’s. Previously, he was a Managing Partner at Uhuru Capital Management and an investment banker in the Mergers & Acquisitions Group at Lehman Brothers and a private equity investor at Lincolnshire Management. Goldman received a BA from the University of Pennsylvania and an MBA from Columbia Business School, where he also served as an Adjunct Faculty Member. He is a Henry Crown Fellow at the Aspen Institute, a Member at the Council on Foreign Relations, a Member of the Young Presidents Organization. He is also a Board Member of Hatzalah, the organization for dealing with Jewish emergencies and of Teddy Kollek’s Jerusalem Foundation.