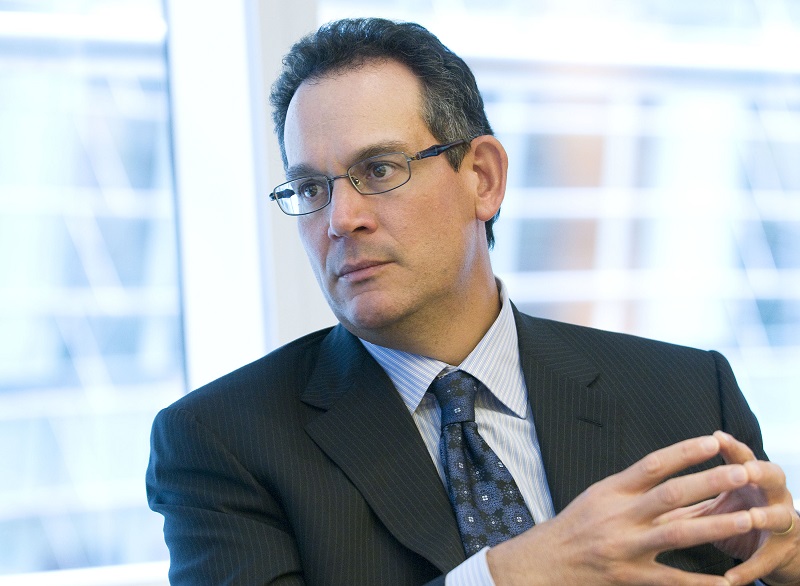 David Simon / Getty
–
/ By Albert Hecht /
The King of American shopping malls, David Simon, is partnering with a leading developer in Europe of designer discount outlet malls, a concept which was first pioneered in the United States, then became ubiquitous there and which in recent years has spread to Europe as well.

Under the terms of the agreement, which is subject to customary closing conditions, Simon Property Group will acquire an ownership interest in six of the 21 properties McArthurGlen has developed so far and will also become a partner in McArthurGlen’s property management and development companies.  Simon Property Group’s ownership interest will involve an initial equity investment of approximately Euros 435 million (about US$ 565 million), and will include assets in Austria, Italy, the Netherlands, the United Kingdom and Canada.

J.W. “Joey” Kaempfer, Chairman and founder of McArthurGlen Group, said: “We welcome the opportunity to join with Simon Property Group.  As the largest operator of malls and premium outlets in the United States and Asia, Simon Property Group brings unparalleled resources, expertise, and relationships that will help us offer our sought-after European and international luxury and premium brands in an even more exciting designer outlet shopping experience.”

David Simon, Chairman and Chief Executive Officer of Simon Property Group, said: “We are excited by the opportunity to partner with McArthurGlen, which has one of the best-performing portfolios of high-quality retail real estate assets in Europe and a strong team of professionals.  This venture supports and extends our international growth strategy, and we look forward to collaborating on ways to further enhance McArthurGlen’s platform for retailers and customers.”

Simon Property Group, Inc. is an S&P 100 company listed on the New York Stock Exchange and a leader in the global retail real estate industry.  The Company currently owns or has an interest in 327 retail real estate properties in North America and Asia comprising 242 million square feet of leasable space. The company is headquartered in Indianapolis, Indiana and currently employs approximately 5, 500 people in the United States.

David Simon comes from a family with a long real estate development background, with his father Melvin Simon being a highly successful real estate developer working in and around Indianapolis. David was born and raised in Indianapolis, going on to study at Indiana University from where he graduated with a B.S. degree in 1983, and subsequently obtaining an MBA from Columbia University’s prestigious Graduate School of Business two years later.

After graduating from Columbia, Simon set out to gain some working experience in the world of finance, with his first job being with the First Boston Corporation investment bank, from there moving on to Wasserstein Perella & Co. that had recently established by Bruce Wasserstein, a senior colleague at the First Boston Corporation. David Simon went on to reach the role of vice president in the company, before leaving to join the family business Melvin Simon & Associates in 1990, where he took up the role Chief Financial Officer. Just three years later David became the principal orchestrator of taking the Simon Property Group public. David Simon became CEO of the company in 1995 where he restored its profitability and financial health and established  conditions for sustained growth of both. He added to his responsibilities the role of  Chairman in 2007.

In 2010 The Harvard Business Review named Simon one of the world’s 100 best-performing CEOs, crediting him with growing Simon’s market value by US$18 billion during his tenure.

McArthurGlen Group is Europe’s leading owner, developer and manager of designer outlets. The Group, which currently operates 21 Designer Outlets in eight countries in Europe, first brought the concept of the discount designer outlet  from the United States to European consumers in 1995. Customers visiting McArthurGlen’s Designer Outlets today are attracted by year-round savings of 30-70 per cent on many of the most sought-after brands in luxury, designer and high-street fashion. McArthurGlen’s portfolio currently offers more than 6 million square feet of retail leasable space, with nearly 1.5 million square feet of new leasable space under construction, or in the planning stage, including the Group’s 22nd Designer Outlet, due to open inVancouver Canada in 2014, which will be the first McArthurGlen Designer Outlet in North America.

Chairman of McArthurGlen, Europe’s largest developer, owner and manager of designer shopping villages, Joey Kaempfer founded the company in 1993. After graduating with a BA from Washington Square College and an MBA from Harvard University,  Joey first went on to found Kaempfer Company in 1977, a diversified real estate development, management and construction firm based in Washington, D.C.  He later merged Kaempfer Company with one of the US’s largest property owning companies, Vornado Realty Trusts, in 2002.

Joey is passionate about design and architecture, having worked with some of the world’s most distinguished architects over the course of his 30-year career in real estate. In his spare time, he is a guest lecturer at Harvard Graduate School of Design and serves on the board of numerous charitable organizations.