–
Every Kibbutz Sdot Yam member is worth as much as about $ 1.2 million. 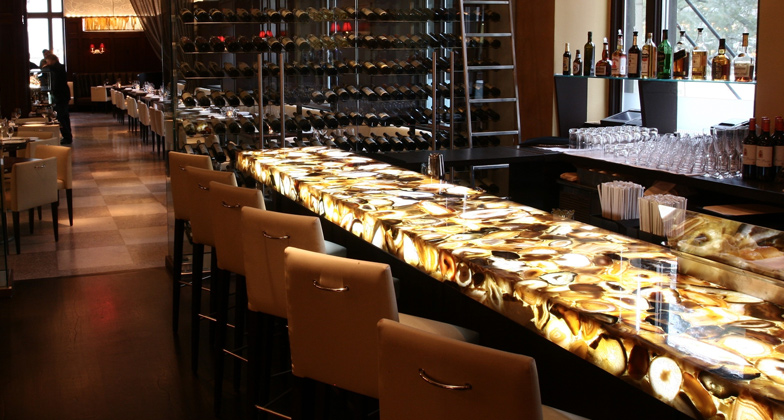 Engineered quartz surfaces maker Caesarstone Sdot Yam Ltd. (Nasdaq: CSTE) hit a market cap of $1 billion last week, although Friday’s 4.3% drop to $28.79, pushed the market cap to just below this threshold. Caesarstone’s market cap gives Kibbutz Sdot Yam’s stake a value of NIS 2 million, and each of its 400 members is worth NIS 5 million. Caesarstone CEO Yosef Shiran’s stake is worth NIS 80 million ($22 million).
Caesarstone held its IPO at $11 per share in March 2012. The company was initially rebuffed by the market, but that has changed in the past year with the market rally. Its current share price reflects a 161% return on its IPO price, and a 24% return since its two controlling shareholders, Tene Investment Funds Ltd. and Kibbutz Sdot Yam sold shares in April.
From a company which was forced to hold its IPO at a much lower value than hoped, Caesarstone has become a hot item on Wall Street. This happened because America fell in love with the company’s quartz surfaces. Last week, the company garnered enormous media coverage when it was reported that reality star Kim Kardashian had bought the company’s products, and other celebrities have also purchased Caesarstone countertops boosting their prestigious image.
On the Mohs scale of mineral hardness, quartz has hardness of 7, compared with 10 for diamonds. It is a common mineral, as common as glass but harder than steel, two features which have made it increasingly popular for kitchen counters instead of marble, granite, and other materials.
The global countertop market, including quartz, totaled $73.9 billion in 2012, of which 8.2% was held by quartz companies, including Caesarstone. Quartz was the fastest growing segment in the market in 1999-2012, with an average annual growth rate of 15.8%, compared with 4.4% growth for the market as a whole. Quartz countertops now accounts for just 5% of the US market and 9% of the Canadian market, which explains why North America is Caesarstone’s main growth engine, despite the slow growth in the US economy.
“The number of housing starts in the US market is growing, but the renovations market is still lagging, ” says Shiran. The US’s share of the company’s revenue rose from 15.6% in 2010 to 29.3% in 2012, and Canada’s share rose from 6.9% to 13.6%, resulting in North America accounting for 42.9% of total sales.
This is not enough for Shiran, as demonstrated by Caesarstone’s plans to build a plant in the US, which will begin production in late 2014. The company will invest $75 million in the plant, in addition to $13 million that it will invest in expanding its Israeli production lines. More proof is seen in the company’s collaboration with IKEA USA, to be its exclusive supplier of non-laminate countertops.
Published by www.globes-online.com