While Ms. Pritzker’s appointment was not entirely unexpected it may raise a few eyebrows mainly because the new commerce secretary hails from Chicago- Obama’s hometown. 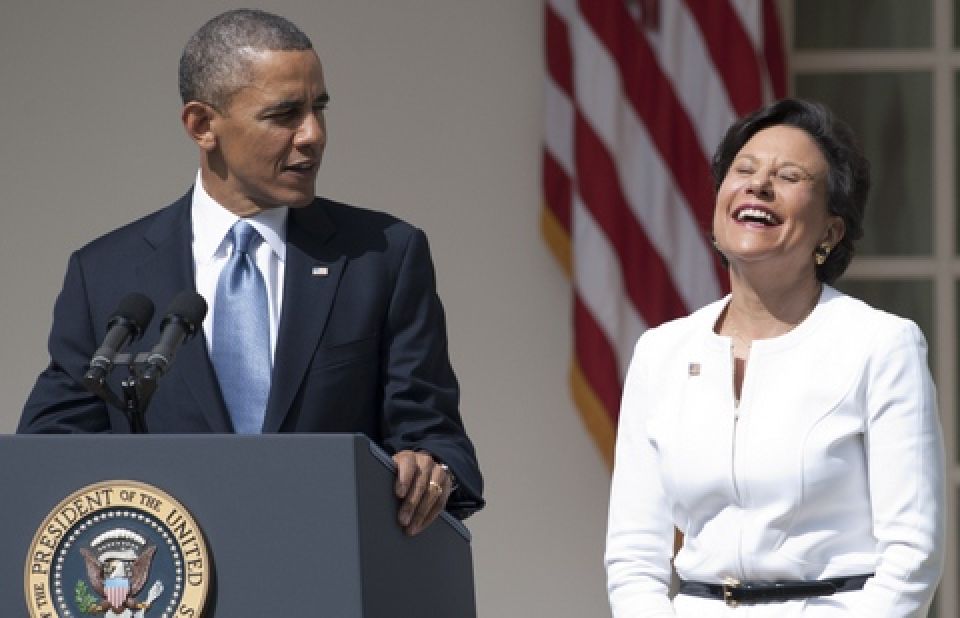 It came as no surprise this week when President Barack Obama announced his final list of government appointments with Penny Pritzker featuring prominently, having been handed the role of Commerce Secretary for this Administration.

News of Ms. Pritzker’s appointment, as well as that Michael Forman, one of the President’s leading international economic advisers, to be US trade representative was confirmed on Thursday.  . Obama was not lacking in praise for Ms. Pritzker, stating that very few people are as well aware of what is required to be done than she to provide every US business and every worker employed in them the best possible chance to succeed, by making America a magnet for good jobs.

Possibly not sharing the president’s opinion this time around is the hotel workers union, Unite, who have been critical of Ms. Pritzker in the past.  As a member of the board of the Hyatt hotel chain, where her family is considerable shareholders, Ms. Pritzker, has been the subject of considerable criticism from the union regarding conditions in the workplace for their members.

Irrespective Pritzker has been given the nod by Obama and will be joining a considerable clique of fellow Chicagoans who look likely to be spending the next four years as part of the president’s second administration. These include Valerie Jarrett, one of Obama’s key advisors, Arne Duncan who has been handed the role of secretary in charge of education. In addition prominent Chicago businessman Louis Susman was handed the prestigious role of Ambassador to the United Kingdom based in London, with political commentators attributing the appointment to Susman’s prodigious fundraising efforts on behalf of Obama during his second campaign.

Penny Pritzker has always been recognized as a loyal patron of President Obama, even from the early days of his political career. When Obama ran for president in 2008, she was extremely active in helping to raise millions of dollars.

Although less active during Obama’s 2012 campaign many political commentators speculate that Ms Pritzker’s appointment has long been promised, and that she simply was not able, due to her extensive business commitments, to take up the role during Obama’s first administration.

On the assumption that the role will be approved by the Senate,  Pritzker will be one of the few women in what is a cabinet dominated by males. However Ms. Pritzker will have no reason to be overawed due to her considerable achievements in her own right in the world of property and finance and having built up a personal fortune of close to two billion dollars. A fact that sees her frequently featured in the Forbes list of 100 most powerful women in the world.

Obama certainly thinks that Penny Pritzker is up to the task. When confirming her appointment at a press conference in the Rose Garden he reasserted his admiration by stating that Ms. Pritzker is one of our country’s most distinguished business leaders. With more than 25 years of management experience in the industry, having built a number of companies from the ground up.  “She has also been an extraordinary civic leader in our shared hometown of Chicago.” The President wound up.

Ms. Pritzker goes into the position knowing that she will no easy shoe in as the Commerce Department has been without permanent leadership since late June of last year, when former Commerce Secretary John Bryson  was forced to relinquish  the post after falling into bad health.

Penny Sue Pritzker was born and raised in Chicago, a member of the Pritzker family, whose principal business interests are partial ownership of the Hyatt hotel group as well as being having substantial property interests, particularly in the Mid-West of America.

Ms. Pritzker graduated with a BA in Economics from Harvard College in 1981 earning her master’s degree at Stanford University in 1984.