After a few weeks of rest and contemplation, the two Oligarchs have begun to show in which direction they want to head with the fourteen billion dollars they shared after they sold their shares in the company to Rosneft. 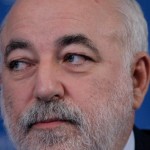 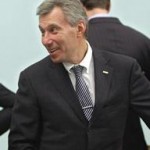 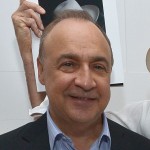 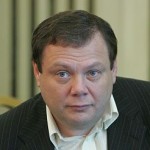 The deal for Russian oil giant Rosneft to buy out 50% of TNK-BP had been in the pipeline for several months, and when it was signed last month its principal benefactors Viktor Vekselberg, Len Blavatnik, Mikhail Fridman and German Khan all walked away with seven billion dollars each.

Both Vekselberg and Blavatnik had  obviously made their plans what to do with the money well in advance, with Vekselberg making some significant investments in heavy engineering in Europe while Blavatnik continuing to expand his interests in the music and entertainment field.

That leaves just Fridman and Khan to show their hand with what they intend to do with the money they will receive, whether to go their separate ways or continue to work  in tandem as they have done successfully over the years.

The first step after the dissolution of the ten year partnership was to spend a few days together in Israel, keeping tight lipped on their plans.

Fourteen billion dollars is a lot  to invest, and it now emerges that Fridman and Khan, through their holding company, the Alpha Group are hesitant to give up their love of the oil and gas business, and are reportedly  in the throes of establishing a “major, new international investment business”  in  the energy field, focusing on oil and gas exploration and production. Initial signs are that the pair also intend to  invest some of their  capital in expanding their existing telecommunications division.

It is likely that Khan, who largely rans their operations at TNK-BP, will look after his partner’s interests in the energy business, while Fridman will concentrate on the telecommunications aspects as well as  the other interests that the Alpha Group are involved in.

Alpha are already 50% shareholders in Russian-based mobile operators VimpelCom as well as having a minority interest in Turkcell who, as the name suggests, are the leading mobile phone operator of Turkey.

Now Alpha are looking actively to expand their operations in the telecoms industry having already made an offer to take controlling interest in Orascom, Algeria’s leading telecoms supplier, and a subsidiary of VimpelCom.  According to unofficial sources Alpha have allegedly offered an 8 per cent premium on the current share value of Orascom in order to close the deal.

Other deals that Alpha are known to be actively seeking to acquire the Russian unit of Sweden’s Tele2, having put in an offer which is believed to be superior to that of Russian state-owned lender VTB.  Alpha are also reported to be looking at the UK mobile phone operator EE as well as MTN, a leading South African telecoms group.

Mikhail Fridman is also reported to be interested in acquiring total control of Orascom, Egypt’s largest Telecom Corporation, with an offer of around $1.8 billion on the table, If successful Alpha will acquire the 48.1 per cent of the group that is owned by minority investors, with Altimo already owning a large percentage of the remaining 51.9 per cent controlling stake in Orascom through Russia mobile operator VimpelCom.

When the deal with TNK-BP was signed, Fridman and Khan insisted that they planned  to invest the income from the sale inside Russia itself.  However recent indications are that Alpha seem particularly interested in spreading their wings globally.

Mikhail Fridman and German Khan were both born in the Ukraine and met when they studied together to be engineers at the Moscow Institute of Steel and Alloys, graduating in 1986. To help finance their studies, the duo displayed their first signs of entrepreneurial flair by dealing successfully in theatre tickets. After graduating Fridman and Khan embarked on a business career, in partnership with another Moscow Institute of Steel and Alloys student, Alexei Kuzmichov together establishing the Alpha Group Consortium in 1989.

The company enjoyed tremendous success in post Communist Russia, diversifyimg into banking, retailing, and telecommunications as well as the oil and gas company that they formed in partnership with British Petroleum.