Barry Diller’s Aereo internet television channel has raised the wrath of his former mentor Rupert Murdoch in a battle for the lucrative cable TV market. 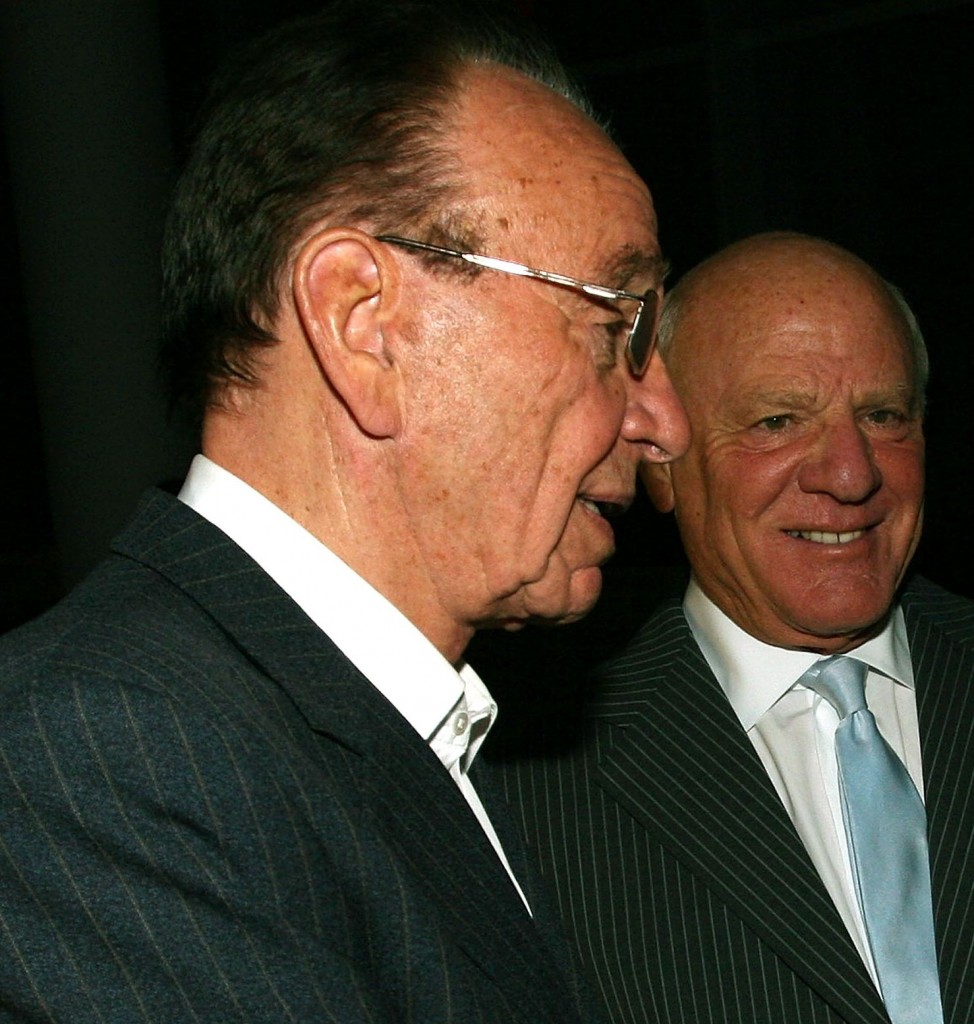 Rupert Murdoch, the often controversial global television giant, is known to enjoy a battle with anyone that infringes on any of his company’s activities wherever they may be in the world. This time Murdoch’s Fox TV is threatening a multi-million lawsuit against Barry Diller, the former head of Fox TV. The reason for Fox’s furor is that Diller’s Aereo internet television channel has been making significant inroads in the past few years on Fox’s television, through providing viewers with the opportunity to view all of the Fox channels through the internet at a significantly reduced price.

Basically Rupert Murdoch is up in arms not only with Diller, but also with the US Courts who , he claims, are allowing Aereo Inc to basically pirate the cream of the TV channel’s content and then re-transmit it through the internet.

While Murdoch’s News Corporation, owners of Fox TV as well as a host of similar TV stations across the World is the first to institute any form of legal proceedings against Diller, the other major players on the US television scene CBS, NBC and ABC are reported to be monitoring the situation with considerable interest. Also considerably up in arms are the dozens of cable TV providers throughout the US who are already losing a very large percentage of their client base through the ever growing trend of downloading content from the internet.

Where Aereo has succeeded  in making a particular niche for themselves so rapidly is through the development of a particular technology that allows subscribers, through a particularly user friendly antenna developed by the company to intercept t cable transmissions and resell them to the public at a much lower price. A price which can vary between one third to one half of what the cable companies are charging.

This is the reason why News Corp has petitioned the US Courts to demand that this practice be blocked with Murdoch himself hinting that should his company be unsuccessful in blocking the interception of his channel, the company may make the unprecedented step of ending Fox’s run as a free broadcast channel for the first time in over a quarter of a century.  If this were to happen, industry experts predict, Aereo would no longer be able to charge any form of fee to broadcast the Fox channel.

News Corp, in order to continue guaranteeing the considerable fees that they charge the cable and satellite companies that carry their signal might switch to a pay per view cable companies only, meaning that they would lose a large number of their client base in any event, but would prevent Diller’s company from legally accessing their signal.

As of yet the US courts seem to be in favor of the Aereo approach, last week rejecting an appeal from a number of TV broadcasters that would force a Diller’s company to end their activities.

So far News Corp is the first company to threaten any form of reciprocal action, although they may signal some interesting times ahead for the broadcasting industry in the United States that may rapidly spread across the World, Industry analysts are already predicting that if the four major US broadcast networks were to switch to cable they would stand to lose around 10% of their viewers, but probably a lot less of their income.

Fox TV enjoys an average annual income of around $500 million mostly from affiliate stations as well as from the 27 TV stations that News Corp owns in the United States, second only to CBS Corp that owns 30, the Comcast Corp who have 25 and ABC who have eight .

With 100 million US homes hooked up to cable, satellite or fiber-optic pay-TV systems, the market potential has always been vast, and with Aereo, offering packages beginning from only $8 a month, they stand to attract a greater share of that market. However in order for his company to reach its maximum potential they will have to come to terms with the major broadcast networks who are taking the threat coming from Aereo very seriously

Barry Diller was born and raised in San Francisco, California. After dropping out of UCLA to follow his dream to make a career in the exciting world of TV of the sixties Diller began his career in the broadcasting industry at the very bottom, more exactly in the Mailroom of the William Morris Agency.

Diller’s first breakthrough came when his talents were spotted by Elton Rule, then the head of West Coast operations for ABC television who hired Barry to be his assistant. When Rule was promoted to be President of the network in the mid sixties, Diller then only in his early twenties went with him to New York, where he was soon giving additional responsibilities, and within very little time reaching the status of Vice President in charge of Development One of Diller’s first innovations in the television world was the development of the Movie of the Week concept, the made-for-television movies that have been popular ever since.

In his early thirties, Diller was offered the position as Chairman and Chief Executive Officer of Paramount Pictures Corporation, helping to develop such television classics as Laverne & Shirley, Taxi, and Cheers as well as best selling movies such as Saturday Night Fever, Grease and the Indiana Jones series with Steven Spielberg.

It was after leaving Paramount Pictures in 1992, that Diller began his association with Rupert Murdoch at Fox where he was to remain for eight years. After leaving Fox, reporting on the best of terms, Diller went on to establish a personal fortune of around $1.9 billion through the establishment of a number of privately owned and successful ventures in the world of broadcasting with the most recent being Aereo.