Our brains are well protected, and for a good reason. Most of the proteins present at high levels in the blood, such as antibodies or the regulatory molecule albumin, are kept out of the brain because they could damage it or disturb its exquisitely organized functioning. Only essential nutrients are allowed entry from the circulation.
This tight control is imposed by the blood-brain barrier. The barrier is both physical – the cells lining the blood capillaries in the brain are tightly attached to one another – and chemical: The brain’s lining chemically repels potentially damaging substances. When essential nutrients are needed, the barrier creates “openings” called physiological gates – chemical and physical changes in the lining that permit these nutrients to enter.
– 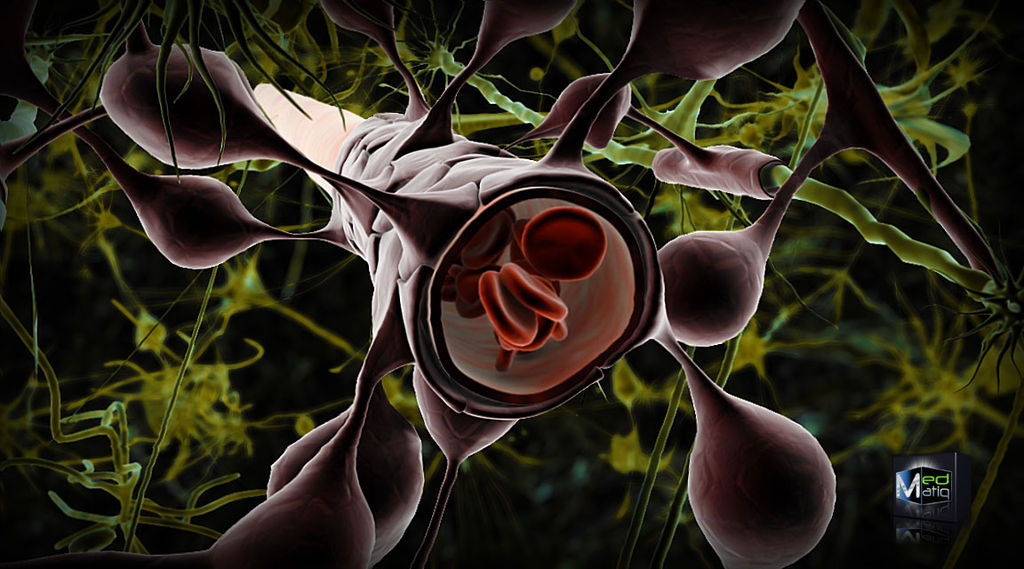 –
Although this barrier is vital for health, it poses a major problem for treating brain disorders. For instance, since most drugs cannot get across this barrier, malignant brain tumors cannot be treated efficiently by regular anti-cancer chemotherapy. Scientists have attempted to overcome this problem by “smuggling” drugs into the brain with the help of “shuttle” proteins capable of passing through physiological gates. But unfortunately, these gates are relatively few in number, so that insufficient quantities of the drug are delivered to the brain using this strategy.
unexpected direction
A potential solution might come from an unexpected direction: the study of HIV, the virus that causes AIDS. HIV is a master of penetration: It gets into mammalian cells – particularly immune T cells – with great ease and can even migrate from cell to cell. Not only that, in 1996, scientists discovered that HIV can cross the blood-brain barrier, penetrating the central nervous system – the brain and spinal cord. This was a surprising discovery because the two receptors known to help the virus infect T cells are not found on cells lining the brain’s protective barrier. The mystery was later resolved when the scientists found that the virus manufactures its own “opener” for the barrier: a molecule called HIV-1-TAT-protein, which contains unusual sequences of amino acids in two of its regions. Even when purified from the virus, the HIV-1-TAT-protein maintained its barrier-opening capacity.
It is precisely this capacity that drew the attention of Weizmann Institute scientists.Prof. Yoram Shechter of the Biological Chemistry Department,  Prof. Matityahu Fridkin of the Organic Chemistry Department in the Chemistry Faculty and Dr. Itzik Cooper of the Neurobiology Department decided to test the possibility that the blood-brain barrier could be opened by short peptides based on the unusual sequence of amino acids in the HIV-1-TAT protein.
–
Lining of pig brains
To perform their test, they used an experimental system developed in the laboratory of the late Prof. Vivian Teichberg of Weizmann’s Neurobiology Department, which uniquely simulates the blood-brain barrier in a laboratory dish. This system consists of a layer of tightly linked cells drawn from the lining of pig brains and grown in culture. The tightness of the layer is measured by an evaluation of its electrical resistance. When this tightness drops, the permeability of the layer is further quantified with the help of radioactively labeled proteins.
The scientists found that their HIV-1-TAT peptides were indeed able to weaken the blood-brain barrier, permitting the entry of therapeutic proteins and other drugs. Most important,  as reported recently in the Journal of Biological Chemistry,  the drugs penetrated the barrier in quantities sufficient for the treatment of major brain disorders. Further studies are being conducted at the Weizmann Institute in collaboration with Prof. Yosef Yarden of Weizmann’s  Biological Regulation Department and Prof. Yael Mardor of the Chaim Sheba Medical Center at Tel Hashomer.
Obviously, destabilizing the blood-brain barrier is undesirable in healthy people, but in cancer patients this approach could represent the least of all evils. In fact, in certain non-fatal diseases, this barrier is markedly disrupted, suggesting that such a disruption poses no immediate threat to a person’s life. The new Weizmann Institute approach could therefore be valid for treating brain tumors and other neurological disorders.
In this article:Weizmann Institute, research, AIDS, Finance