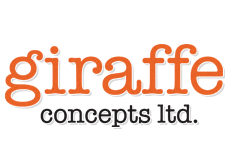 The giant UK-based supermarket chain Tesco, like most companies involved and retailing in the recession struck British Isles, have been finding business getting increasingly more difficult over the last few years. Founded in 1919  by Jack Cohen, in the heart of the Jewish immigrant quarter of Hackney in the East End of London, the grocery chain has grown to be the third largest in the world with a total of close to 3, 000 outlets in the UK alone with around seven hundred of them being classed as “super stores.”

To make their stores more attractive to the UK shopper they have been making a number of innovative moves to attract the crowds back into their stores.

With the Christmas season behind them,  Tesco’s  initiative to increase customer flow has taken off in a new direction. Apparently  the group’s marketing department has pinned down that the majority of the group’s super stores have been failing to make maximum use of floor space in terms of returns per square foot, causing the group to invest in a major revamp, particularly within the group’s  principal UK super stores as well as coming up with innovative ideas to make maximum use of the space being made available.

One of the most recent has seen a £48.6 million deal struck that will see Tesco acquire the family owned Giraffe restaurant chain with the intention of opening in-house restaurants in their stores. While the giraffe chain of restaurants is particularly well known in the South of UK, Tesco’s management feel that the chain’s marketing concept is so strong that it will form a welcoming Oasis within their stores, offering tasty food at reasonable served in a warm and friendly family atmosphere.

The duo behind the giraffe chain are Russel and Juliette Joffe who obviously have a flair for successfully running restaurants, having launched their first in London almost 30 years ago, a single bistro which became immensely popular and which they sold at a tidy profit. This successful venture into the restaurant business, in which they had both worked from their teen years give them an appetite for more.

In the late 1980s the enterprising couple opened the first Café Flo bistro establishing a successful formula and carefully building up the chain till they had eight outlets, selling out in the mid-90s. It was at that stage that the Joffes decided to try a life in Israel moving to the resort city of Eilat. The plan was to take a complete departure from the restaurant business during their time in Israel. However it wasn’t too long before the call of the hospitality business became too strong, and they had already formed an idea for the next restaurant which was to go under the title of the Giraffe.

However when they opened their first Giraffe restaurant in the exclusive suburb of Hampstead in North London in 1998, the Joffes had made their plans were to stay with this concept for the long term. And this they certainly did, with Russell and Juliette working in close cooperation succeeded in establishing 47 sites throughout the UK, including the well-known franchised sites in the heart of Heathrow, Gatwick and Manchester airports, even spreading Giraffe concept overseas through opening a franchise operation in Dubai.

Now with the Giraffe restaurants being under the wing of Tesco, the successful Joffe formula will become a feature of the supermarket’s hundreds of outlets spread throughout the UK over the coming years.