After four hectic and groundbreaking years as chairman of the Federal Communications Commission (FCC) Julius Genachowski has announced that he will be leaving in the coming weeks, causing much speculation in the industry as to where his next career move will be. 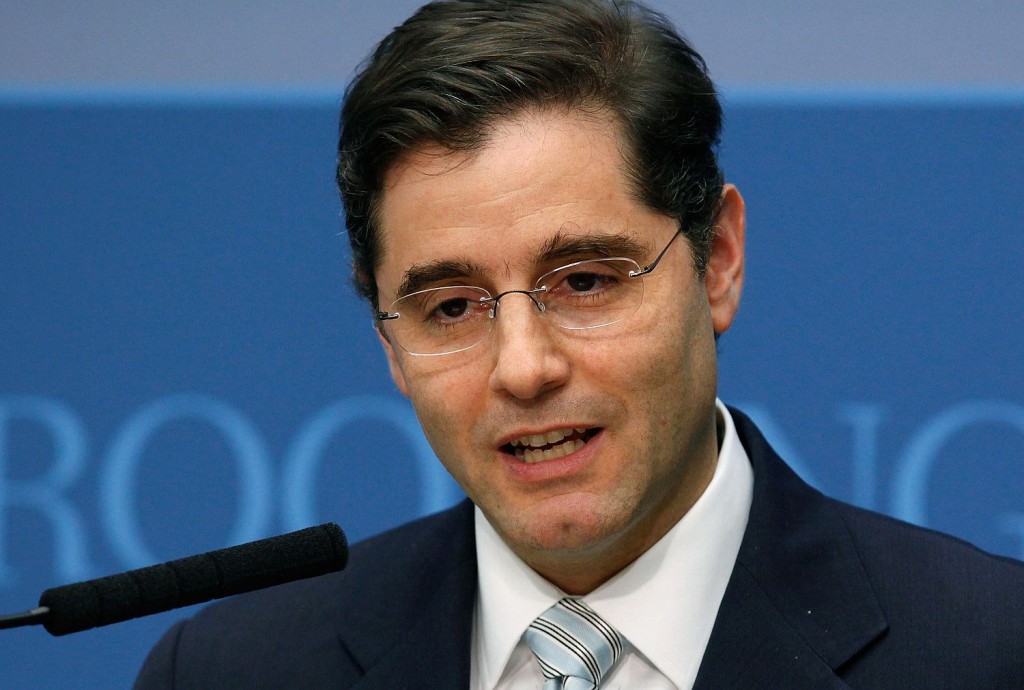 Largely unknown and unrecognized by most  members of the US public, FCC plays an important role as an objective and independently managed  United States government agency, working in some of the most important spheres in today’s fast-moving techno- communications industry.  The FCC chairman is not only appointed by the President, but also reports directly to him,

The FCC  has gone through some major changes during Genachowski’s  watch particularly in the  growth of broadband, as well as in the way that the media  deals with communications whilst taking care of some of the most delicate issues in homeland security.

During his time as head of the FCC, Genachowski was the ultimate administrative figure for the agency, handling an average annual budget of more than three hundred fifty million dollars and a staff of close to 2000 federal employees.

In recent weeks there have been some rumblings that Julius Genachowski was considering moving on and just a few days ago, he made the official announcement that he will be vacating his post and hope to do so within the coming weeks when his four year tenure would be officially over. While it is unusual for the Chairman of the FCC to stay on for a second term, there were those that reckoned that President Obama was interested in keeping Genachowski on in the position. However to allay any uncertainty, the New Yorker announced at a recent  staff meeting end that he would indeed be stepping down,

On the news, the White House press office confirmed that Genachowski would be vacating his post and praised the outgoing chairman by noting that over the last four years, Julius has brought to the Federal Communications Commission a clear focus on spurring innovation, helping our businesses compete in a global economy and helping our country attract the industries and jobs of tomorrow.

“ As a result of his leadership, the United States has succeeded in considerably expanding the spread of high-speed internet access, as well as fueling considerable growth in the mobile sector, whilst continuing to protect the open internet as a platform for entrepreneurship and free speech.” The White House spokesperson summed up

Most industry lookers on , from both sides of the fence both the public and private sectors , agreed that during his tenure Genachowski had been a true trailblazer not only dealing efficiently and innovatively with issues that came his way, but also pre-empting many of the advances in communications technology that have now become commonplace in the United States during the last four years. One of his greatest achievements was undoubtedly the establishment of the National Broadband Plan, which came into force in March 2010.

There were a few eyebrows raised when President Obama picked out Genachowski to be is FCC chairman, not long after they came into office in 2009, with his appointment being officially confirmed by the Senate only in June of that year. During the intro period Genachowski, a close personal friend,  served on Obama’s transition team.

Before starting his long-running relationship with the FCC , Julius Genachowski had enjoyed some considerable success as a venture capitalist in Washington as well as holding down executive positions at Internet firm IAC where he had his first encounters with the FCC when he acted as chief counsel to Reed Hundt, who was chairman during the years 1993 to 1997,

Some of the more controversial topics that Genachowski dealt with during his term as chairman of the FCC include the issue of net neutrality, which meant that everyone should have equal access to the Web, and that the larger corporations would be unable to pay more to have their websites load quicker than those owned by smaller private businesses, and that even sites who could be construed as “problematic” should still be equally accessible. With Genachowski at the helm the FCC either as a form of honest broker in the proposed $39 billion AT&T/T-MOBILE merger which eventually fell through, as well as the Verizon Spectrum purchase, which went through successfully.

With Julius Genachowski is now hitting the open market in June the question on a lot of people’s lips is- in which direction will he take his considerable experience and talents to the private or public sector.

Julius Genachowski , son of Holocaust survivors , was born in Brookline, Massachusetts in 1962, moving as a child to the town of Great Neck, near Long Island in New York state.

It was during that time that he formed an association with another young up-and-coming law student by the name of Barack Obama, an association that has lasted for more than twenty years. In 2010 President Obama honored his friend by appointing him to head the United States delegation during the commemoration of the 65th anniversary of the liberation of Auschwitz.