Disappointing earnings for the quarter ending February 28  coupled with the market’s cautious outlook for the remaining  quarter of  Oracle’s year, saw shares in the software giant plummet by more than eight per cent. 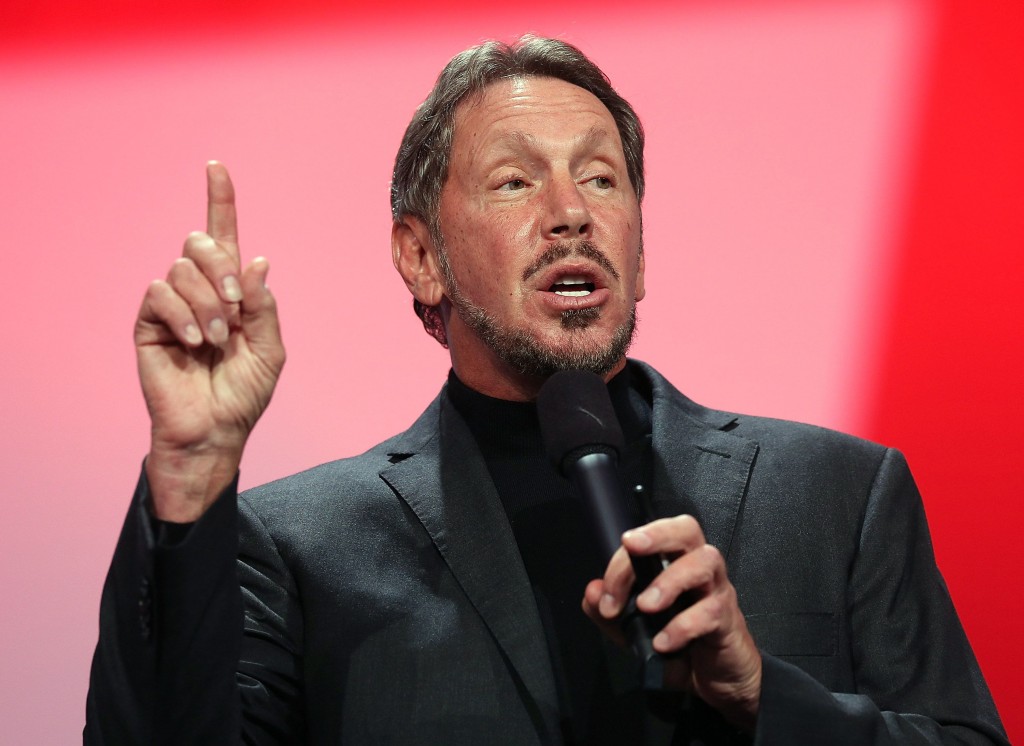 Despite the poor results Larry Ellison, Oracle’s founder and CEO of the multi-billion turnover hardware and software giant, succeeded in restoring some confidence in the shareholders, even in pushing share value upwards by prophesying that the company’s fourth-quarter sales will make the final year picture for the company look considerably rosier. Rosy enough to see them going into the 2013/2014 financial year expecting considerable growth, as a result of considerable investments in corporate technology would begin to be fruit.

In addition, Oracle made a particularly large acquisition during the period, investing just over two billion dollars to add the Acme Packet software company to their stable. Acme has gained a considerable reputation as a key developer in the field of security communications technology, which Ellison obviously sees as a vital ingredient in increasing Oracle’s cloud computing market penetration.

Principal factors for the the company’s  lackluster sales and profit performancethat Ellison and his financial staff poined their fingers  towards was a combination of negative currency fluctuations and  an identifiable lack of focus and coordination among the four thousand new recruits that Oracle had added to their sales force in the past eighteen months.

Oracle’s total revenues for the third quarter fell by one per cent to $8.96bn, a shortfall of close to four hundred thousand dollars on Wall Street were expecting, while the company’s net income remained static at $2.5bn.

With Oracle looking towards the new software licensing and cloud subscription services to make up for disappointing sales in their Sun Microsystems hardware division, no respite was forthcoming in the quarter with sales dropping by two per cent from the similar period in 2012 to $2.3billion, which was a serious blow to Ellison who was expecting an increase in income for that period.

On the other hand Larry Ellison’s limited expectations for his company’s hardware division proved to be accurate, falling by no less than sixteen percent from the same period last year for Sun Microsystems, the hardware company that Oracle acquired in 2009.

Despite the fact that Oracle’s fourth quarter, (March to May) is traditionally their busiest as far as sales are concerned, Ellison is sending cautious message to the shareholders, stating that company revenues may continue to drop only slightly , or if the current rise in sales trends being experienced in March continue they could rise by as much as four per cent.

However a number of Wall Street analysts are sharing Larry Ellison’s viewpoint, pointing out that the setback is temporary while reminding shareholders that stock value has risen by around eleven per cent over the past six months, by the end of the fourth quarter Ellison and Oracle will have made up the difference.

Larry Ellison co-founder and chief executive of Oracle , one of the worlds’s leading software companies. After working for some of America’s leading software Development Company’s Ellison, while only 33 years old founded his own company Software Development Laboratories (SDL), which eventually evolved into Oracle, after Ellison’s flagship Oracle database. During its early years, Oracle competed strongly against IBM’s data base software eventually taking a larger share of the market.

Another titanic struggle with IBM came when the two companies both attempted to acquire the massive Sun Microsystems hardware company, with Oracle coming out on top. Most industry experts at the time speculated that Ellison was more interested in the MySQL open-source database, which Sun had acquired the year previously than in the headaches of running a computer hardware company. The poor profit results that Sun have consistently returned since the acquisition might explain why,

Despite that minor setback, Ellison still remains the third-wealthiest American , estimated to be  worth around of $41 billion, with a fair chunk of that tied up in Oracle company stock as well as  some in a number of other hi-tech companies. Astute investments that Larry Ellison made through the years that have generally come out very well for him.