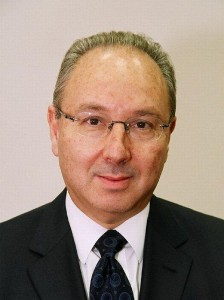 The Meshulam Levinstein Contracting and Engineering group reported on the sale of 1, 000 lots with an overall area of 120, 000 square meters in the city of Mysore, India at a monetary price estimated at some 50 million sheqel with the payment spread out over 12 months.

The transaction was made by a subsidiary company of which it owns 54 % and which sold most of the lots in a project called “build your home” in the city of Mysore, India to a group represented by an Indian cooperative group.  The transaction is dependent on the receipt of certain approvals which the group expected would be received in the next few months.

These plots were purchased by the Levinstein group more than 4 years ago within a framework of a joint action agreement with the Indian government (FDI).  We are speaking of a very profitable transaction as to date the company has invested some 16 million Sheqel in the project.

Shaul Lotan, CEO and one of the owner of the Meshulam Levinstein Group stated that “the Levinstein Group’s project is located in a strategic area near an airport used for internal flights and is also on the city’s ring highway and in close proximity to a super highway currently being built and which will shorten the travel time to Bangalore to just an hour and a half.”

The city of Mysore is the high-tech capital of and is located one hundred and fifty km. south of Bangalore.  Mysore is the home of the training center of the software giant Infosys as well as other high tech companies working alongside traditional industries such as automotive and pharmaceutical.

Mysore is known as a world center for Yoga and is a jumping of point for excursions in this part of India.