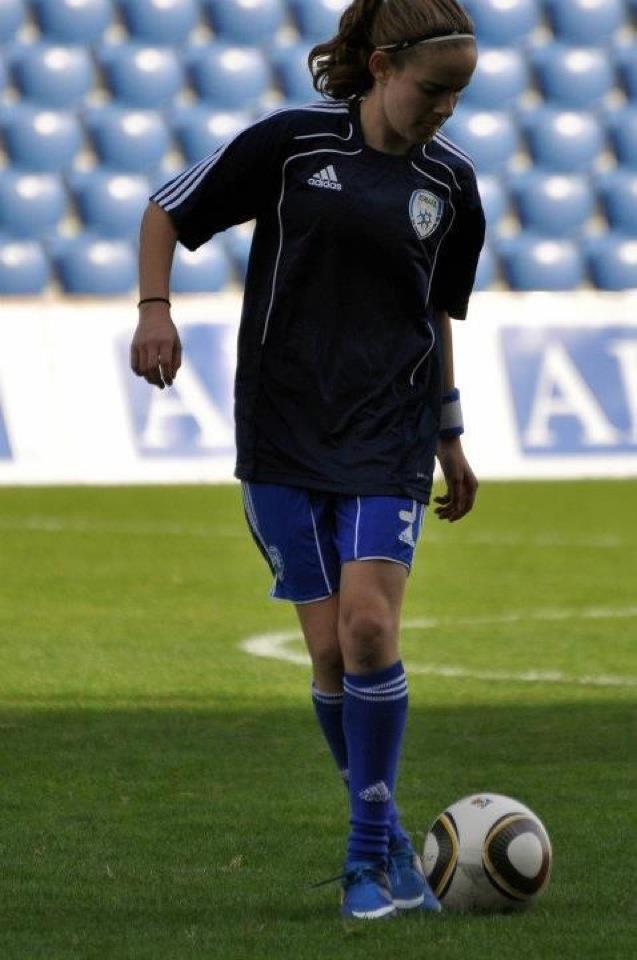 Here is a story that has been receiving great interest on Facebook in Israel.  It deals with a young 18 year old girl by the name of Michal Been who is considered a soccer star.

Upon her graduation from high school Michal was invited to attend the University of Connecticut and to play soccer in the best league in the world- the US college league.  Michal is studying in college and has been playing soccer with great success for the past 8 months.

And then, out of a clear blue sky she received a letter from the IDF: the date of her draft would be in one month, the middle of April and two weeks before the end of the school year.

Should she return to Israel she would miss her final exams and all her soccer achievements would be terminated.  Should she not return she would be considered a draft dodger, a criminal who could face imprisonment when she does return. The committee that is meant to decide the fate of outstanding athletes meets once a year in July.  Therefore there is no one authorized at the moment to decide her fate. What is to be done?

She has begun to send letters to any and all relevant factors however these have been met by the stone wall of bureaucracy.  In her desperation she has turned to the Israeli public via her Facebook page.

“My ambition has been” she writes “was to study for 4 years in college and then to return to Israel to serve in the IDF”. In her words, about a week before her trip to the US it became apparent to her that the IDF had decided not to award her the status of “Outstanding Athlete” despite the fact that she met all the criteria and had even received the support of the Israel football league.

In a letter to the minister of sport in Israel they wrote, among other things: “this athlete represents an important part of the women’s all star teams in Israel.  The opportunity to attend college offers her not only the opportunity to improve herself personally but also for this branch of the sport.  We request that you look into the opportunity of helping Michal as much as possible to enable her to realize her goals.”

According to the Ministry of Sport and Education only 12 athletes a year are offered the opportunity to defer their military service and there were already this number who received a deferral before her and so her application was denied.

Despite this, Michal decided to travel to the US, to begin her studies, play soccer and make achievements in the sport.

The request to return to Israel caught her at time that could ruin all of her efforts.

Michal has tried everything.  She has sent a personal emotional letter to the head of manpower in the IDF, General Orna Barbibai and was answered negatively.

“All my life I was brought up by my parents to love and to contribute to the homeland”, she wrote to her “it never occurred to me not to perform my obligatory service and to do even more.  I view military service not only as obligatory to a citizen but also his right, to serve and wear the uniform of the IDF and to defend our country.  My older brother served 3 years in the navy.  My sister is currently serving as a physical training instructor at a training base of the engineering corps.  I understand, as do my family and friends, that I will not give up my IDF service under any circumstances and I wish to become a professional athlete that will represent the State of Israel and bring honorable achievements to the national sport.”

Michal has been playing soccer from the age of 7 with boys and from the age of 13 was forced to begin playing in a girl’s league and later for in the Israeli women’s league.  She arrived at the college in Connecticut in August of 2012 with a full athletic scholarship.  “Why”, she asks “am I not qualified to receive the designation of an Outstanding Athlete and to return to Israel to be drafted.  Why am I, as an athlete who is ready and willing to serve in the IDF not able to delay my military service in order to achieve heights that do not exist in Israel?  Why are we surprised that the level of sport in Israel is so low when the people who are supposed to help athletes put obstacles in their way instead of aiding them? This situation means that I will not be able to participate any longer in the highest level women’s league in the world.”

Michal’s story touched the hearts of many.  The press has publicized this story and we are all now awaiting the results.