The deal, expected to close in the third quarter of 2013, values the Wayne, Pennsylvania-based manufacturer of industrial compressors and pumps at $3.74 billion. 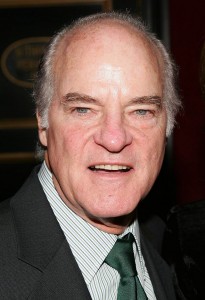 Founded in 1976 and led by Henry Kravis and George Roberts, KKR are rated as being among the leading investment in the world currently handling $75.5 billion in client assets, with a long history of handling successful takeovers and mergers. Their most recent acquisition, that of Gardner Denver Inc., officially signed on March 8th saw the global manufacturer of industrial engineering products come under the KKR wing for a  price just short of four billion dollars, including trade debts currently being carried by Gardner Denver Inc, to the suppliers.

According to the merger agreement, KKR will pay out $76 per share in a cash only deal that will see them acquire all the 49.15 million Garden Denver common stock shares outstanding as of January 2013, representing a 39 percent premium on Gardner Denver’s share price value dating back to October 24th, 2012, the date when KKR made their first approach to Gardner Denver to discuss the possibilities of a merger.

According to reports KKR, had originally offered $75 per share, later raising the offer by another dollar.

While the merger deal has been signed, the board of directors of Gardner Denver has gone on to recommend to their shareholders that they vote in favor of merging with KKR. All things being equal, the final takeover should be signed and sealed by the third quarter of this year.

“In addition to the significant value to our shareholders, Gardner Denver will benefit from KKR’s track record of execution as the Company continues to pursue its strategy focused on driving organic growth, particularly in underserved markets” summed up Larsen.

Meanwhile possibly putting a fly in the ointment to the deal are the law firm of Rigrodsky & Long, P.A, apparently acting on behalf of an anonymous shareholder, who requested that the firm  instigate a thorough investigation regarding shareholder concerns on whether the Gardner Denver’s board of directors made sufficient efforts to secure the best possible value for the company’s stock. With one or two market analysts seeing the current target value of Gardner Denver stock being at around $85.00 per share, approximately 12% more than KKR paid they may have a right to feel aggrieved.

Adding weight to their argument is the fact that the industrial trading group SPX Corp had reportedly offered to put together a merger deal with Gardner Denver towards the end of 2012 where, had the deal gone through, they would have paid $85 per share. In any event SPX withdrew their offer after a stormy shareholder’s meeting when questions were asked regarding the logic of a merger, but no real arguments were reportedly raised regarding the share price to be paid.

Additionally Wayne, Pennsylvania-based Gardner Denver, well-known for the high quality compressors, pumps and vacuum that they produce for the industrial market, released the results for the last quarter which was better than had been predicted, thanks to the success of a long-running restructuring program carried out in the group’s European operations.

So far the picture regarding 2013 for Gardner Denver still remains conservatively optimistic.

Rigrodsky & Long, P.A have earned a first class reputation in their field and have successfully shareholder rights litigation and corporate governance litigation actions, on behalf of shareholders throughout the United States. In the event that the deal is terminated, which most industry analysts have deemed to be unlikely , Gardner Denver would be obliged to pay a break fee of just over one hundred million dollars to KKR.