The company that they jointly founded, Office Max, have announce their merger with Office Depot to form a stationary super power. 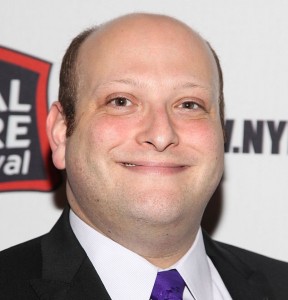 The news that  the office supply superstore chain Office Max are to merge  with another giant in the same field, Office Depot may sound at first like yet another faceless corporate amalgamation. But behind the merger lies a story. The story of two Jewish businessmen whose vision, energy and courage combined to build OfficeMax from nothing in the space of fifteen years to a multi- billion dollar turnover national chain.

Their brainchild was OfficeMax, who now thanks to their merger withOffice Depot, will become the second largest office supply chain in the United States, closely behind Staples.  It is estimated that the recently merged office equipment superpowers, who are yet to be re-named, will have a combined turnover of $18 billion annually, with Office Depot turning over $11 billion and Office Max $7 billion.

Staples are sitting on top of the market with around $24 billion, emanating  from the more than two thousand outlets that the chain  operates in 26 countries worldwide.  Office Depot corrently operate around  1, 600 retail outlets  worldwide, although many of them  are either  licensed or franchised.  OfficeMax operate 1, 000 outlets in the US, although it is estimated that the new company will close a number of outlets which are geographically close. 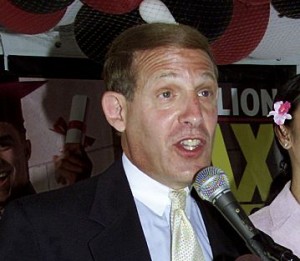 The story begins in the mid-1980s when Robert Hurwitz, an already successful business man in his mid forties, recognised the potential that there appeared to be on the marketing of office supplies. Undeterred by the fact that the office supply scenario already had a couple of key players in place in the shape of Staples and Office Depot, the Cleveland, Ohio based Hurwitz was convinced that if he got into the market early enough and succeeding in establishing a winning formula he could still carve himself out a niche in this fast developing market.

Hurwitz recalls his difficulties in the early days in finding suitable sources of finance which eventually came from his friends and colleagues in and around the Jewish community of Cleveland and especially in the small town of Pepper Pike where he lived.

Once he had assembled the necessary start-up capital, Hurwitz was well aware that there were two missing yet vital pieces in the OfficeMax puzzle still to be found. The first was to find someone to work hand-in-hand with him during the vital every days of the formation of the company and the second was the best possible site to get the first branch of the ground.

The first problem was solved fairly rapidly with the arrival on the scene of Michael Feuer, then in his mid twenties but already with an established history in the world of chain store management having just left his position as senior vice president with a major retail chain store group dealing in fabrics. Feuer joined the fledgling company in April 1988 as president and COO while Hurwitz took up the role of executive chairman and CEO. So confident was Feuer in the company’s potential to succeed that he even made an investment of $20, 000 in the company.

With a company framework firmly in place Hurwitz and Feuer embarked on an intense search to find the ideal site for their first outlet. After physically checking out, as they recall, dozens of possibilities that appear came across what looked like to them the ideal site, 22, 500-sq.-ft store situated on the Golden Gate Plaza in the town of Mayfield Heights, Ohio. Following a predetermined pattern that was to serve the company well in their future dynamic expansion, Hurwitz and Feuer set major priorities on position, and this particular store was ideally placed sitting on a junction between the principal east and west as well as north and south facing highways in the state.

After a long period of negotiation, and in the face of strong competition for the highly desirable site, Hurwitz and Feuer succeeded in convincing the site owners, despite their total lack of any track record, that they were the right people to sign the lease to. 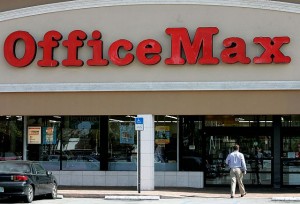 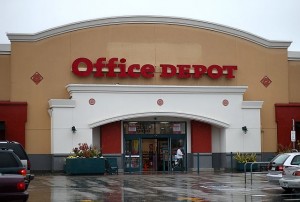 And after a period of refitting, and without too much of a marketing fuss, the first ever store in the OfficeMax chain opened its doors on July 5, 1988, with Hurwitz recalling that their total take for the day was just over $6, 000.

What was encouraging for the duo of Hurwitz and Feuer, as well as their investors, was that they had succeeded in establishing a formula, which with a few minor corrections here and there appeared to be workable.

Their theories were fully endorsed by the fact that within one year, OfficeMax has succeeded in an expanding at the rate of one store a month all based in either Ohio or Michigan and had succeeded in reaching an annual turnover of $13 million.

Just five years later Hurwitz was to leave the company that had been his brainchild, leaving it in the capable hands of Michael Feuer who succeeded in growing it to over one thousand outlets is an annual turnover of more than $5 billion. In 2003, Feuer was the mastermind behind the company going public in what was described as the largest initial public offering in history in the retailing world .retail chain history at the time.

There is little doubt that Robert Hurwitz and Michael Feuer will be enjoying considerable satisfaction in seeing their “baby” make the leap into second place in the office supply business, with a combined market capitalization of more than two billion dollars and with Following Comments Unfollow Comments a combined annual turnover of $18 billion.

The merger deal will entail, Office Depot issuing 2.69 shares for each OfficeMax share, which is equal to a 25 per cent premium. The stock split will see Office Depot shareholders owning 54 per cent of the new company and OfficeMax shareholders the remaining 46 per cent. At this point there are no details available of the value of the shareholding that either Michael Feuer or Robert Hurwitz or even their initial investors still hold in the company. Either way they are still sure to be smiling today.