A group of Israelis are suspected of swindling a Swiss bank and stealing millions of dollars from the numbered account of an Orthodox Jew. The gang is believed to have targeted additional businessmen for future sting operations and blackmail. 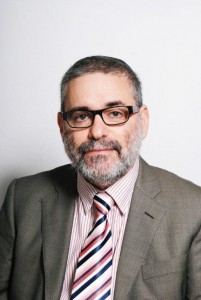 Swiss police and Interpol are investigating fraud operation exposed in connection with secret Swiss bank accounts. Besides emptying the account of their prey, gang members, working together with a bank official, may have undermined the Swiss banking bastion.

According to Mordechai Tzivin, the victim’s lawyer, $3.7 million were taken from the account of his client – a businessman who divides his time between the U.S. and Israel and is known for his many donations to the community. Tzivin claims many Jews, especially Orthodox millionaires from Israel, the U.S. and the United Kingdom, have secret accounts at this specific bank, depositing money that goes unreported to tax authorities.

The bank’s agent, whose job it was to bring in new clients, was apparently in financial straits at the time he met the victim and is believed to have sold his client’s account numbers to a prominent crime ring in the north of the country. Once the suspects received the religious businessman’s information, they allegedly faxed instructions to transfer funds to banks in Athens, Las Vegas, Germany, and England – a total of 15 such instructions for different amounts and at different times.

The orders failed to alarm bank officials since the victim’s original signature appeared on each– apparently obtained from checks provided to various beneficiaries. The suspects also sent a letter on stationery belonging to a fictitious lawyer, introducing them as diamond merchants requiring cash to finance transactions undertaken by the victim. All the money was withdrawn in cash.

The affair was revealed when a bank clerk – since dismissed – received a telephone call from the victim asking to withdraw $200, 000 and the surprised employee informed the client that his balance was only $8, 000.

Tzivin claims hidden account holders are classic victims for such deceptions since they usually avoid complaining and refrain from suing the banks publicly for fear of exposure – a vulnerability that the suspects may have exploited. The client is presently negotiating with the Swiss bank for the return of his original deposit, in addition to expenses and damages

Although the affair was referred to an investigating magistrate and Swiss police, many of the details actually were discovered through a private investigation by the firm of Focus Security Consulting & Investigations, under Gil Shmueli – a former Israeli government security agent.

Interpol is dealing with this case – the gravest of its kind in Swiss history – with extreme severity, since the suspects possessed lists of additional Jewish businessmen with accounts in this bank who were probably targeted for future sting operations and blackmail.

In this article:Swiss bank, fraud, Finance