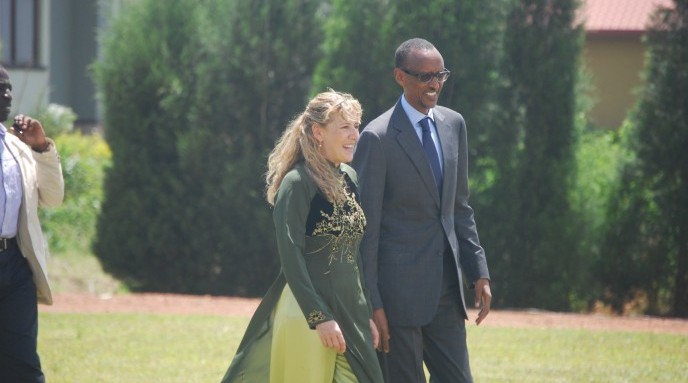 Close your eyes for a moment and picture a small village in Africa built around the core principles of “Tikun Halev” (Hebrew for healing the heart), and “Tikun Olam” (fixing

the world) where orphans from the Rwandan genocide are raised and educated.

Inspired by the Israeli youth villages established after the Holocaust, this was the vision of Anne Heyman, the South African born, founder of the village in Rwanda that bears the welcoming sign “Agahozo Shalom” (A place to dry one’s tears and live in peace from Kinyarwanda and Hebrew).

Heyman has just returned to New York from Rwanda, after attending the graduation ceremonies of the first class of Agahozo Shalom graduates where, wrapped in long green robes, the 118 graduates marched excitedly into the ceremony tent packed with friends, guardians and national and international supporters of the village. Heyman, who had been working non-stop, raising funds for the village and hands on with its construction, greeted them proudly.

“Be the change you want to see in the world, ” she empowered them. “Go forth and make a difference for the people around you. Your future is what you make it.”

Guest of honor Rwandan President Paul Kagame said Agahozo Shalom had returned hope to the country’s most damaged children and told the graduates Rwanda was counting on them to contribute to transforming the country, promising that Rwanda and its leadership would be with them “all the way.”

“We will strive to be the best wherever we go … we came from darkness but we now have the light, ” said the graduate speaker Nekunda Imanuel.  “If you hear of a best singer, best economist or why not President, think of one of us, here, the graduates of Agahozo-Shalom… We are thinkers; we see far and we will go far. They call us orphans but we are no longer orphans, we have a family.”

“The first kids were absolutely extraordinary, ” Heyman said, thinking back. “They were our guinea pigs. We built classrooms, state-of-the-art learning centers and labs, but we kept changing the programs. We had to learn together with them.”

The village is not Heyman’s first philanthropic work. Following the birth of her third child, she left the Manhattan District Attorney’s Office, where she had worked as an 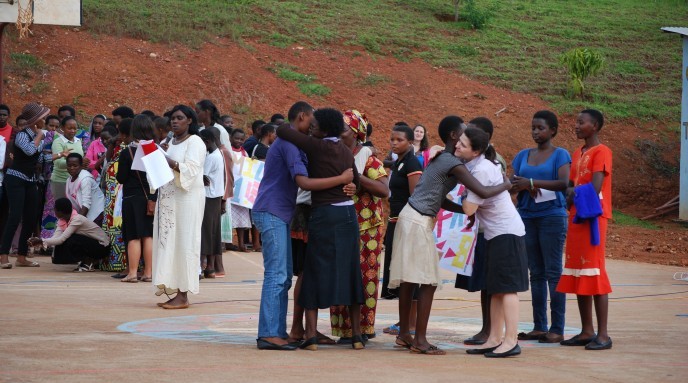 attorney for many years, to dedicate her life to improving the lives of others. As President of Dorot, she cared for the needs of the elderly homeless and homebound, while her dedication to Jewish youth and heritage can be seen through her work with the AbrahamJoshuaHeschelSchool in New York, Young Judea and Jewish Community Centers of America.

The graduation was a moment of immense pride for Heyman who has been “running around the world raising money, planning and attending fund raisers, lecturing, and visiting the village every two months, on average – the graduation visit was her fourth in 2012.

Heyman’s aim is to gradually make the village more independent and self-sufficient. In pursuit of this goal, she has started building small businesses to produce income for the village: a solar farm; a computer-service company; and an agricultural program, the goal of which is to be the first to identify needed agricultural products and cultivate them.

Her bigger dream is that people will see the success of the village and understand that it is the solution to the orphan problem prevalent in so many developing countries.  And, indeed, Agahozo Shalom is getting a lot of attention with many countries showing interest in the village and sending representatives to visit.

“Let’s hope that the Ministers of Education of other countries decide to adopt our system and build more of these villages in their homelands, ” Heyman said. “We built the village as a model, a solution to the worldwide orphan problem. We will follow our graduates and see what their futures bring. It is only now beginning to dawn on me that we have also created a really great development tool, a tool that teaches the children the values and skills that they need to create a better future.”

Q: How did you come to work in Rwanda?

A: It all started in 2005 during a lecture on the Rwandan Genocide where I first learned about the orphan problem. They said that according to UNICEF (the United Nations’ children’s agency) there were over 610, 000 orphans living in Rwanda, including 95, 000 orphaned by the genocide. They said it was Rwanda’s biggest problem and 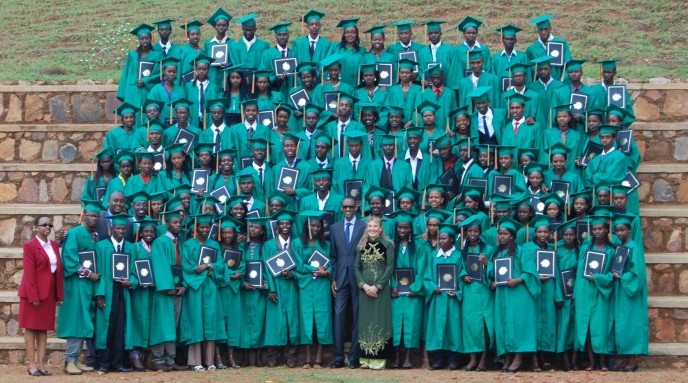 Q: How did you reach this particular solution?

A: I immediately thought of the IsraeliYouthVillage. Israel’s entire leadership in the seventies, people like (Yitzhak) Rabin and (Shimon) Peres, grew up in these villages. I ran home and did research and then called Dr. Haim Perry, head of Yemin Orde, a model IsraeliYouthVillage. Dr. Perry liked my idea and promised his help and support. During that Passover, I went to Israel to meet with him and then in May 2006, finally visited Rwanda for the first time. I went back in June, accompanied by a group of Israeli Ethiopians. After meeting everyone we could that dealt with the orphans, when I returned from my next trip in September, I felt we finally had a model.

Q: How was your initiative met in Rwanda?

A: It was the most extraordinary thing. I felt that the government understood the need and my concept and did whatever it could to help me. I found a country of gentle, peaceful and lawful people who keep their promises; a country with very little corruption. Everything we do is done in collaboration with the local government and through local partnerships. We have a local architect and a local construction team, and most of our staff is local. I have to say that although many things were a struggle, we achieved so much because of the Rwandan people and government. They are making huge developments. I see the changes every time I go there. The government understands the importance of education, economy and healthcare and they are focusing on the right things and creating opportunities.

Q: Who helped fund the village?

A: This was around the time of the tsunami. I was working with the Joint, the Jewish-American humanitarian assistance organization, so I approached them with the idea. For two-and-a-half years we were a special project of the Joint before becoming an independent organization. I raised $12 million through contributions from Liquidnet,    the electronic stock-trading firm founded by my husband, Seth Merrin; friends; companies; and foundations.. I approached anyone I could think of, gave fund raisers and had speaking engagements. 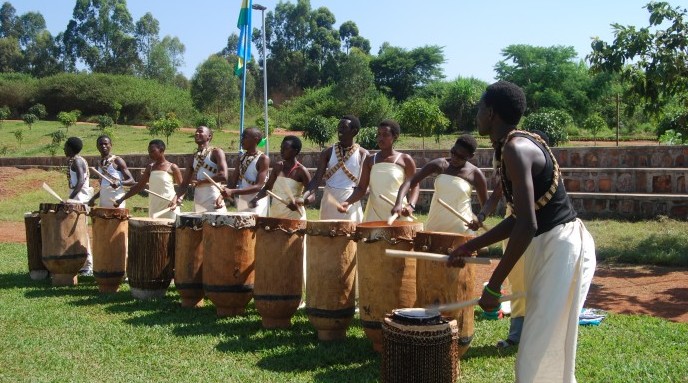 Q: How is the village organized?

A: The village is spread over 144 acres, 50 kilometers from the capital Kigali, in the Eastern Province of Rwanda. The first 120 high school students, all orphaned in the 1994 genocide, arrived in January 2009. They came from all over the country, four from each of Rwanda’s 30 districts. Today there are 500 students living on the farm. They live in “families”16 to a house, with a house mother or father.

Q: What other elements were taken from the Israeli Youth Village?

A: The two concepts of “Tikun Halev” and Tikun Olam” that I’m so passionate about come directly from the partnership with Yemin Orde.

Q: Can you elaborate?

A: Tikun Halev focuses on healing the child. The first year deals with personal empowerment and developing one’s social and learning potential. We follow the Rwanda curriculum, allowing every child to make his combinations. They take English, math, computers, physics; most have a science. Outside of formal schooling, there is also an enrichment program offering art, sports and hands-on science exposing them to things that will help them find their potential. The second two years focus on life and work skills. We teach agriculture, computers, business skills, even how to write a C.V., anything that can help them in the future.

A: Tikun Olam means healing yourself through serving the community. These are all children who suffered terrible traumas, making them feel that they have no value.  When they give back to the community, they begin to build their own self-esteem.  They work in the community mentoring primary school children, teaching English, building houses, even growing food. There are many old farmers who would be left hungry without our kids’ help. But what is most important is what they take home with them. They take back to their homes skills that have disappeared although they are desperately needed. For example, in one of the villages no one remembered how to dance. One of our students, who comes from that village, taught the locals how to dance and even created a group of dancers. 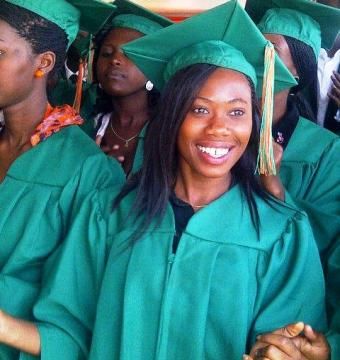