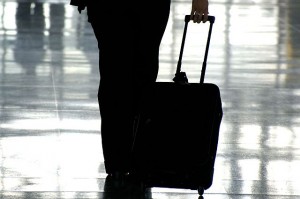 Israel set another tourism record in 2012 with more than 3.5 million visitor entries, 5% above 2011 levels, despite a year-end slowdown in the wake of the Pillar of Defense operation in Gaza.

Of these, tourists (not including day visitors) accounted for a record 2.9 million entries, 2% more than 2011, while 634, 000 entries were one-day visitors, an increase of 17% from 2011, according to the Central Bureau of Statistics. Operation Pillar of Defense resulted in an average 11% decrease in the number of incoming tourists in November and December 2012 compared to the same period of 2011.Toward the end of December, there was a recovery with a slight increase in the numbers compared to the same days of 2011.

“The swift and professional action taken by the Tourism Ministry with increased marketing activities around the world when Operation Pillar of Defense ended helped the rehabilitation of incoming tourism by the end of December, ” said Tourism Minister Stas Misezhnikov: “The immediate financial assistance to the tourism industry of tens of millions of shekels contributed to 2012’s record year for incoming tourism and to the continued upward trend for the tourism industry over the last three years.”

In this article:Israel, tourism, Finance